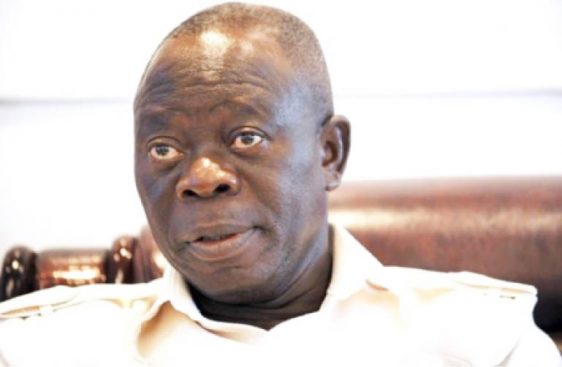 A former National Chairman of the All Progressives Congress, APC, Adams Oshiomhole, has dismissed the alleged plot to Islamize Nigeria following the party’s Muslim-Muslim presidential ticket.

Oshiomhole assured Nigerians that the APC presidential candidate, Bola Tinubu can’t Islamize Nigeria because his wife is a practicing Christian and a pastor.

Oshiomhole suggested that the opposition was afraid of the Tinubu-Shettima ticket; hence such allegations.

According to Oshiomhole: “It is a balanced ticket; balanced ticket in terms of competence, and their antecedents. The opposition party are threatened by this bold decision because they are sensing defeat.

“What are the fears of people making this comment? They are saying there are plans to Islamize Nigerians. The candidate himself (Tinubu), has he Islamized his own family members? His wife is a Christian and a pastor.

“Our presidential candidate is a happily married man. He has demonstrated religious tolerance by the fact that his own wife is practising her own faith. How can a man who allowed freedom of worship in his home Islamise the country?”

Against the popular clamour by Nigerians, Tinubu had picked Shettima as his running mate.

Most political stakeholders had urged Tinubu to pick a Christian as his running mate but he opted for a Northern Muslim.

Meanwhile, former Secretary to the Government of the Federation, SGF, Babachir Lawal, had alleged a plot to Islamize the country following Tinubu’s decision to pick Shettima as his running mate.

Lawal had linked the plot to Governor Abdullahi Ganduje of Kano State.