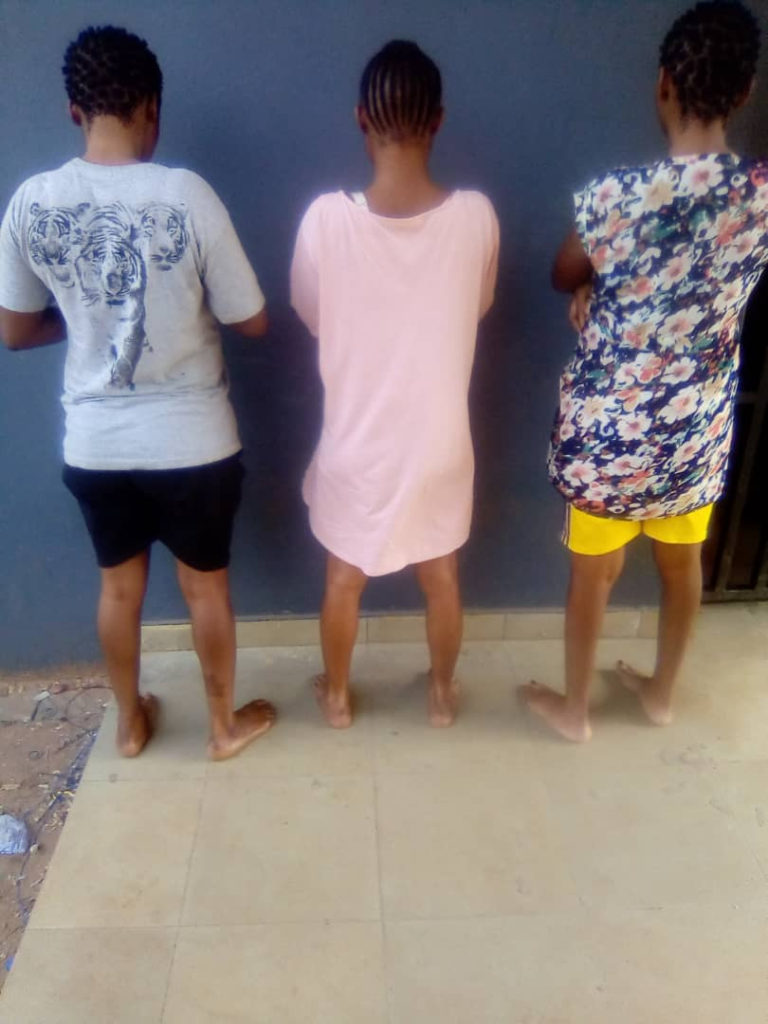 In a statement, the spokesperson of the state police command, DSP Bright Edafe, said men of the state investigation department, while acting on a tipoff, stormed the baby factory in Okpanam community, Oshimili North LGA, where three pregnant women were rescued.

According to him, two suspects identified as Promise Ejogu ‘m’ age 25yrs and Aruna Sulieman ‘m’ age 29yrs were arrested.

He mentioned that one of the suspects, Promise Ejogu, is a brother to the ring leader of the syndicate who engages in sexual activities with these women to get them pregnant.

”They are currently in custody while effort is on to arrest the other members of the syndicate.” Edafe said.