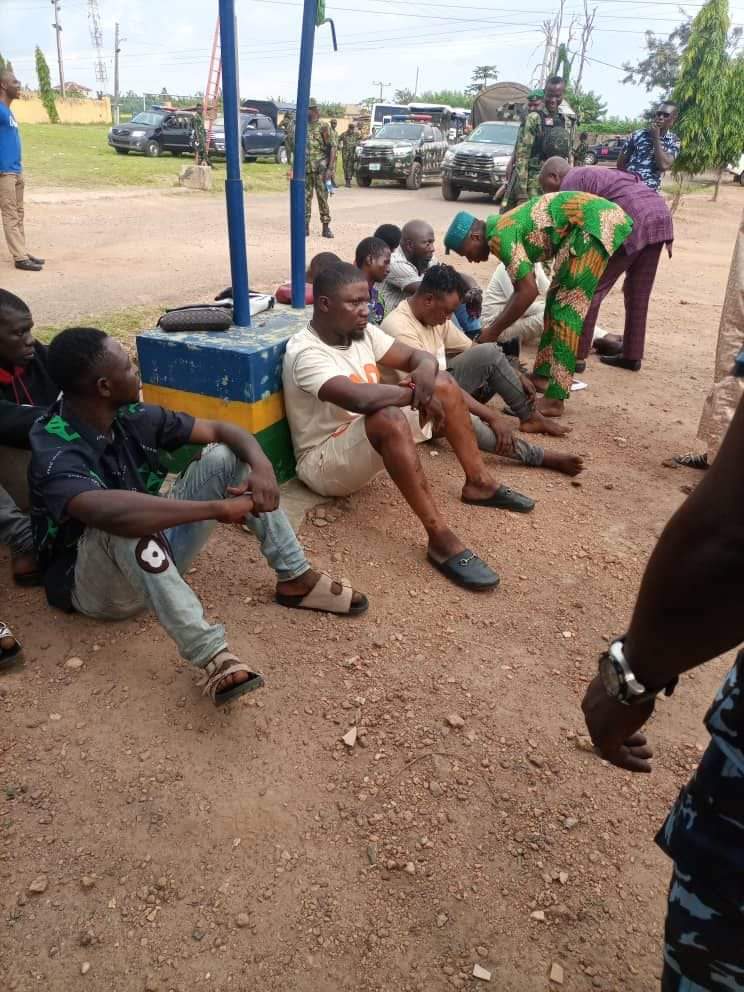 The arrested Chairman of the Osogbo branch of the National Union of Road Transport Workers (NURTW), Kazeem Oyewale aka Asiri Eniba, has been paraded by the Osun State Police Command.

His parade by the police has laid to rest news flying around that the embattled NURTW boss had been released on the intervention of officials of the Osun State Government.

Oyewale and his boys were paraded at the Police Headquarters in Osogbo, on Friday evening.

Oyewale was arrested about midday on Friday by soldiers who stormed his base at the motor park at Ojurin, Old Garage, Osogbo.

To prevent his arrest, his supporters had engaged the military personnel in a gun duel.