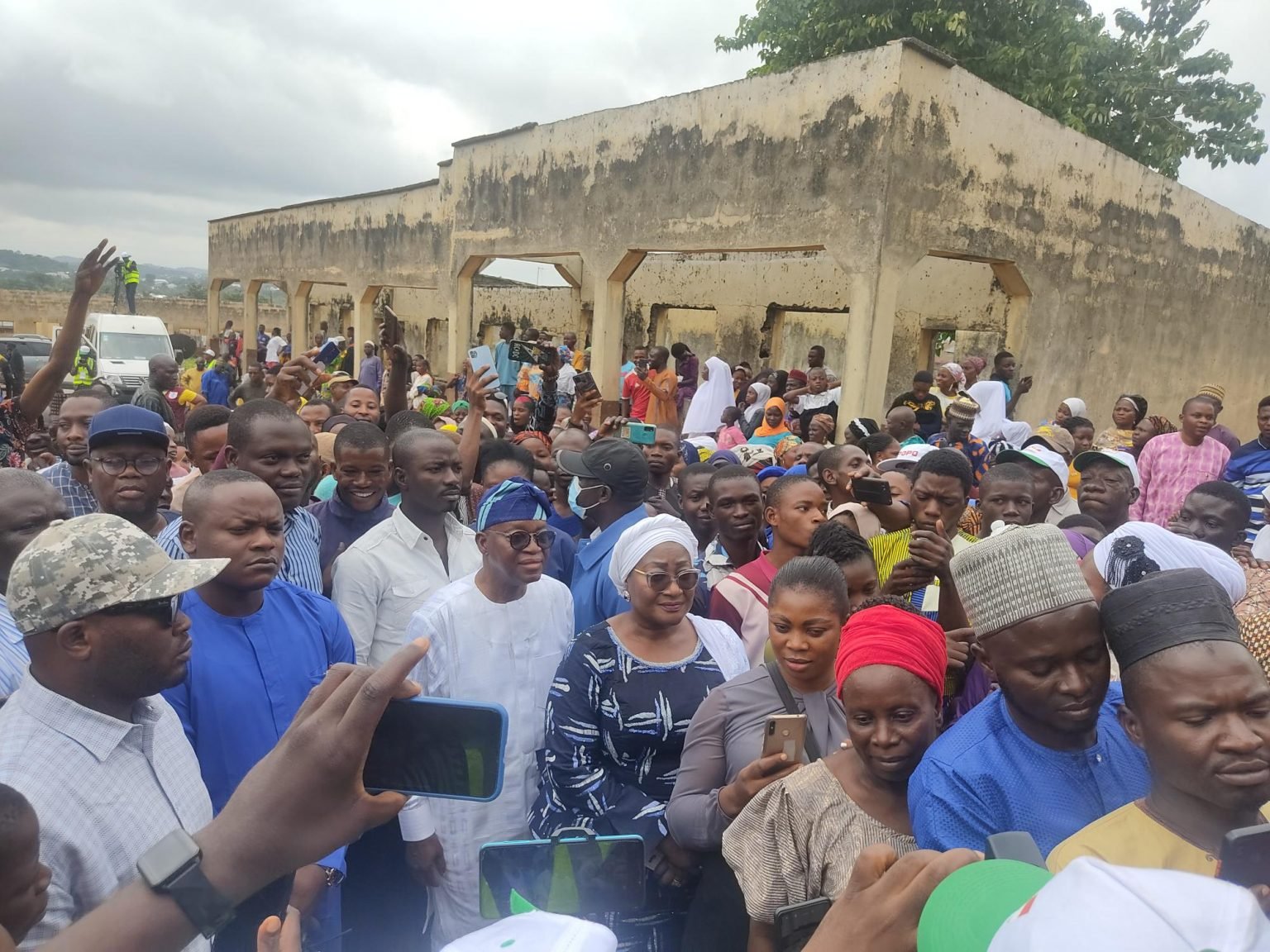 Osun State Governor and gubernatorial candidate of the All Progressives Congress (APC) and his wife, Kafayat Oyetola have just cast their votes in their polling unit in Iragbiji, Boripe Local Government Area of Osun State.

Prior to the arrival of the governor, there was anxiety at the polling unit as security personnel and voters waited.

Voters who said expressed optimism that the poll would go well.

They also stated that they had no fear as the governor, Adegboyega Oyetola would be returned as governor.

A party leader in the local government, Kolawole Adigun stated that with what he has seen so far, the poll would be peaceful.

Adigun was hopeful that no record of violence would be experienced in any part of the State.

Meanwhile at the polling unit, there were visible signs of electorates being handed money after voting.