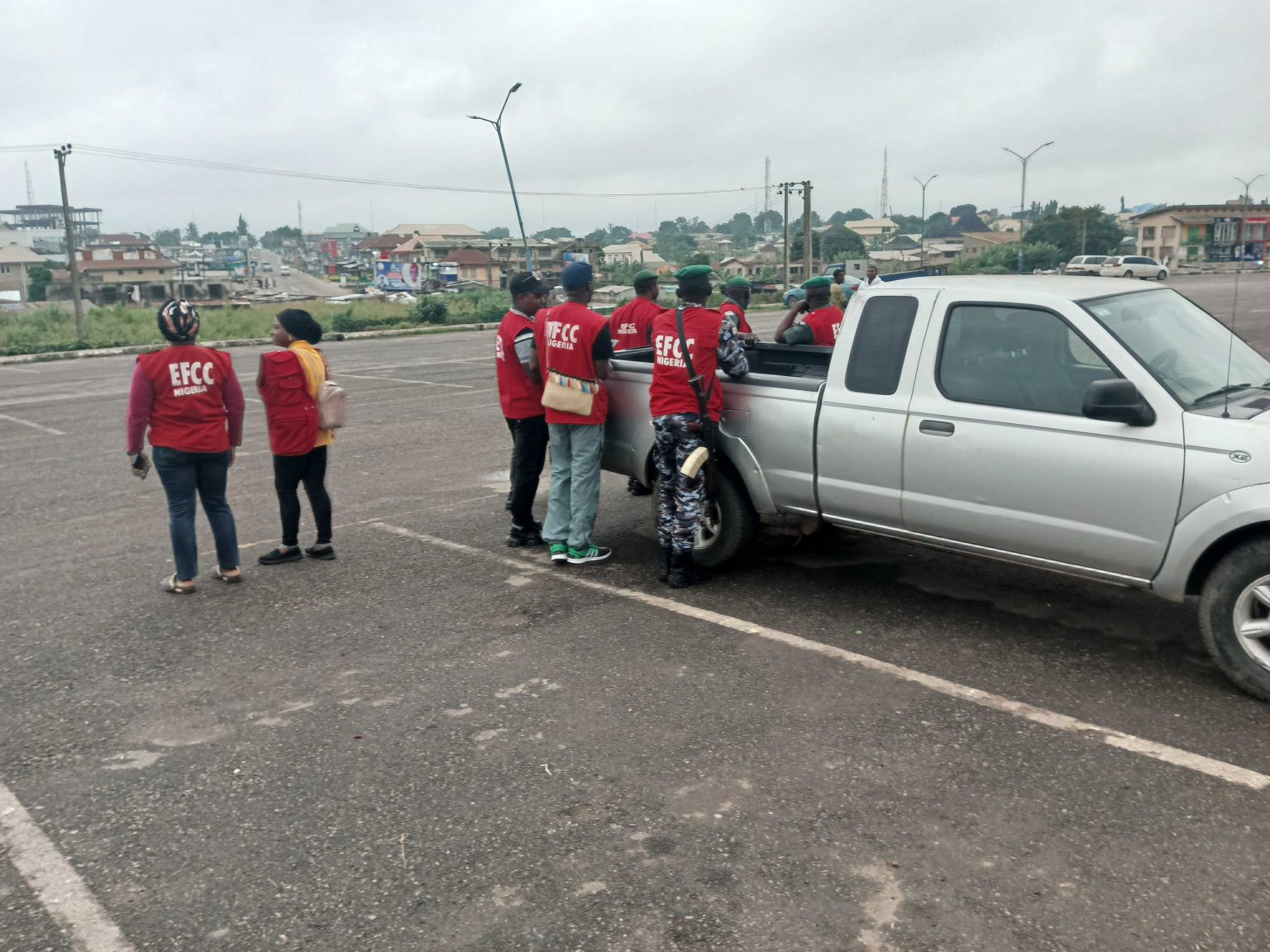 Operatives of the Economic and Financial Crimes Commission (EFCC) have stormed Osun State to curb vote buying in the Osun governorship election.

As at 8:15am on Saturday, the operatives were still at the Freedom Park, Old Garage, Osogbo, the State capital.

The stage is set for the residents of Osun State, South West Nigeria, to choose who will pilot their affairs for the next four years.

As it is in every democratic setting, the people will exercise their rights to pick their next governor through the governorship election which comes up on Saturday, 16 July 2022.

The top contenders will battle for who becomes the 10th governor of the state since the creation of the state in 1991.

There are 15 candidates in the race for the state’s Government House and one of them is the incumbent Governor, Adegboyega Oyetola, who is seeking a second term in office.

The Peoples Democratic Party, PDP, one of the major political parties in the election, has retained the same candidate it presented in the last election, Ademola Adeleke.

Meanwhile, campaigns for the election have not gone down without cases of violence in different parts of the state, especially the capital, Osogbo.

Experts say that about 16 cases of violence has been reported in the state including the assassination of the Chairman of the All Progressives Congress, APC, in one of the local government areas.

1. There are five major contenders this year.

They are 1. Adegboyega Oyetola of the APC. He promised that if re-elected, he would reinforce the state security system and empower the police force.

2. Omigbodun Akinrinola Oyegoke of the Socio Democratic Party. He said that his focus would be on reviving trade and investment in the state if elected as the governor.

3. Ademola Adeleke of the PDP. Adeleke has promised to fix the roads, hospitals, agriculture, and bring about other infrastructural developments if he wins.

4. Yusuff Sulaimon Lasun of the Labour Party. Yusuff Lasun says he wants to focus on reforming the education sector for Osun State.

5 . Akin Ogunbiyi of the Accord Party.

Akin Ogunbiyi has promised to bring businesses and investments that would boost the state’s economy and create jobs for the youth.

Follow this thread for results, and update from the Osun State governorship election. #Osundecides2022.