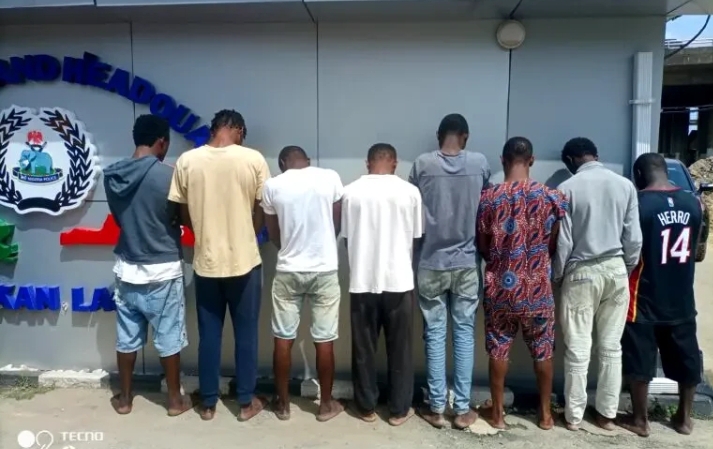 Eight suspects have been arrested over the attack on the convoy of the Presidential candidate of the All Progressives Congress, APC, Asiwaju Bola Tinubu, last month in Lagos.

It could be recalled that Tinubu’s convoy was attacked by hoodlums shortly after he arrived in Lagos on June 19, 2022, from Abuja after emerging as his party’s flag bearer in the presidential primaries. He was on his way to the Oba of Lagos’s palace when the hoodlums attacked his convoy.

The Zonal Public Relations Officer, SP Hauwa Idris-Adamu while parading the suspects before journalists, disclosed that the suspects confessed to being members of different confraternities.

Investigations are still ongoing and we will get back to the press as soon as we have the principal suspect in our net,” he said.