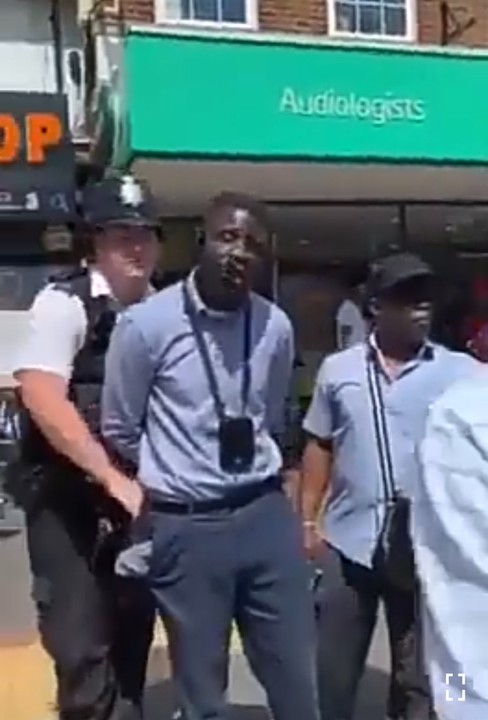 A Nigerian man has been arrested by some police officers for preaching and thereby allegedly causing public disturbance in the U.K.

The man was handcuffed as police were questioning him about his name and address which he declined to provide for them. Some onlookers that witnessed the incident tried to intervene as it situation seemed to escalate because people began to also question the motive of the police officers for arresting him.

Watch the video below :