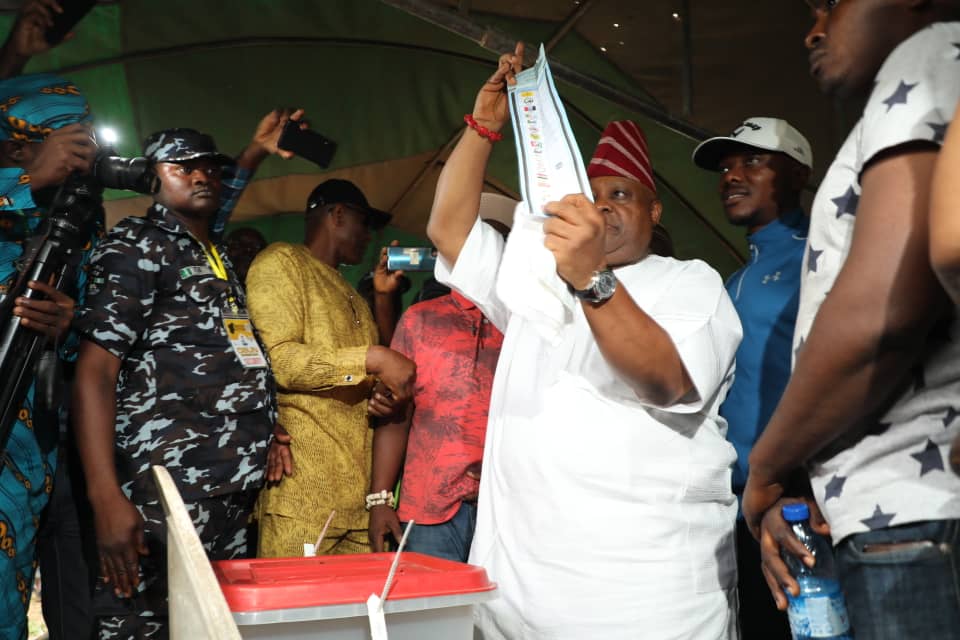 Senator Ademola Adeleke of the Peoples Democratic Party (PDP) has won 17 of the 30 Local Government Areas (LGAs) in the Osun State governorship election.

Incumbent Governor Adegboyega Oyetola of the All Progressives Congress (APC), however, won in the remaining 13 LGAs.

The Independent National Electoral Commission (INEC) announced the results of the governorship election conducted on Saturday by local governments.

The collation exercise, which commenced in the early hours of Sunday, is ongoing at the INEC office in Osogbo, the state capital.

Adeleke of the PDP cast his vote at polling unit 9, Ward 2 in Ede North Local Government Area of the state.

He had arrived at his polling unit in Abogunde/Sagba at about 8:46am and was accredited shortly after before he proceeded to cast his ballot.

Shortly after arriving at the polling unit to a cheer from a crowd of supporters, the governor along with his wife joined the queue before casting their votes at some minutes past 11 am.

As usual, the electoral officials deployed to conduct the exercise at the polling unit sorted and counted the ballots cast at the end of voting.

A document uploaded on INEC’s result portal showed that the APC candidate polled 545 votes to beat his closest rival, Adeleke who scored 69 votes.