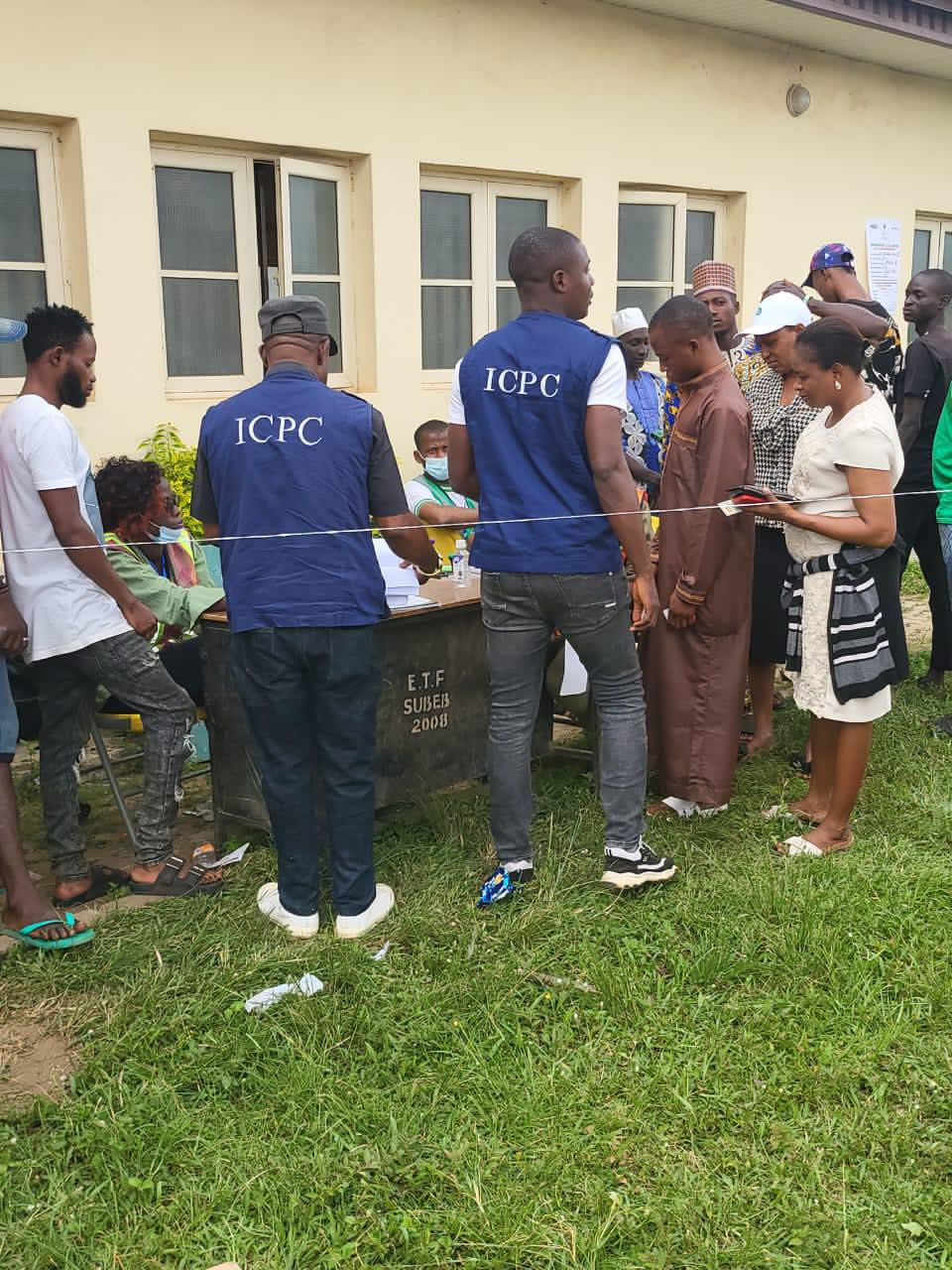 The spokesperson for ICPC, Mrs Azuka Ogugua, made this known in a statement on Saturday, July 16, in Abuja.

“At Ife North & Central Local Government Councils, Osun East Senatorial District, precisely at Polling Unit 7, Iremo Ward IV, one Dapo Olayode (M) was arrested by one of the Commission’s teams. Olayode was arrested with a list containing the names of voters while an Android phone was also collected from him,” the statement read.

A third team was attacked by a popular thug and his gang while attempting to effect the arrest of a vote buyer. The attack was at Polling Unit 1, Ward 7, opposite Polaris Bank, in front of Oba’s Palace, Esa-Oke, Ibokun Local Government Area.

“The vote buyer was caught with a list containing names of 100 persons expecting to be paid N5000 each. The team leader sustained serious injury in the fracas that ensued, but the team was able to retrieve the book containing the list of 100 voters.

“The statements of all the suspects are being taken under caution, and investigations are still ongoing.”