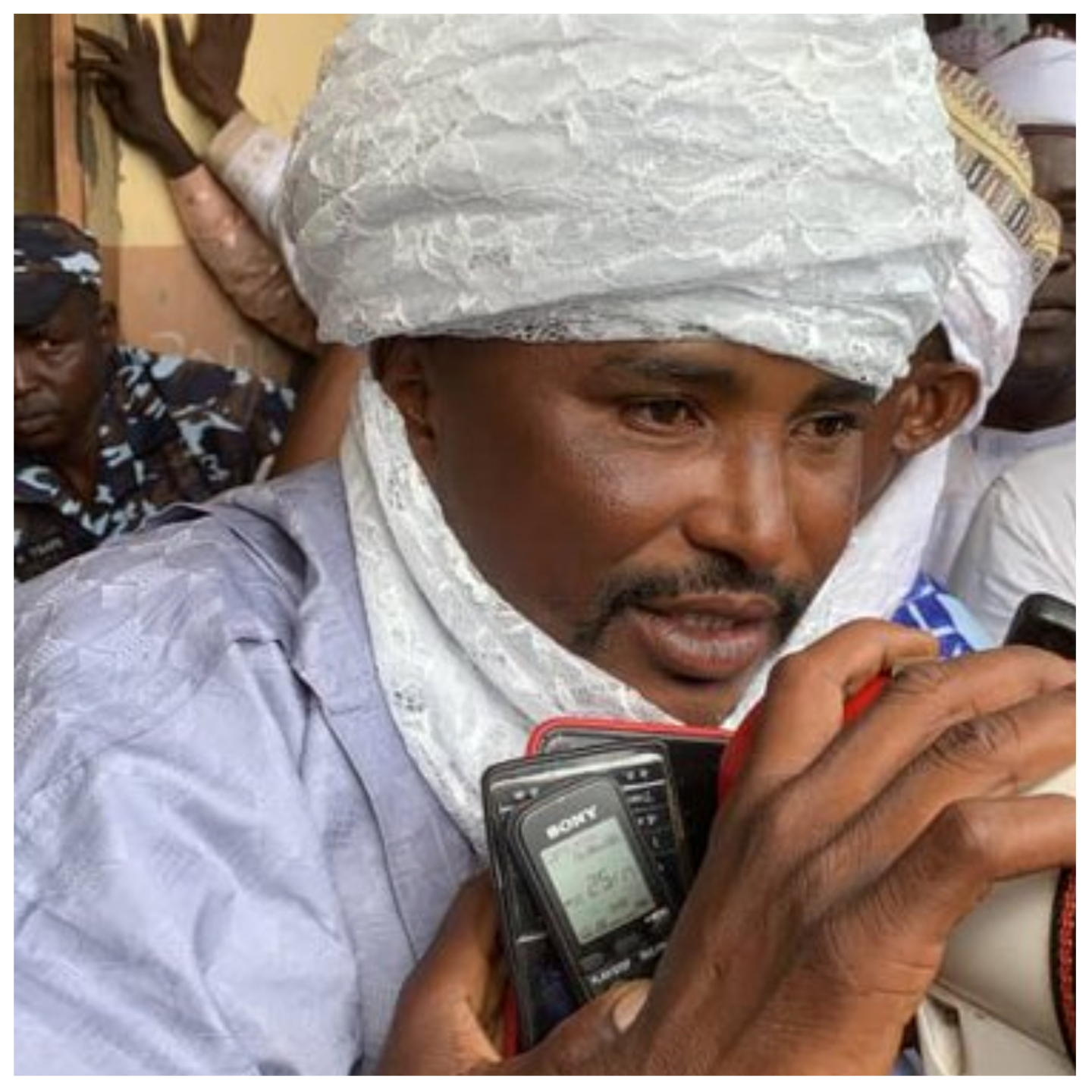 Nigerians are condemning the installation of a wanted terrorist Ado Aleru (Alieru) as Sarkin Fulani (King of Fulanis) of Yandoton Daji Emirate in troubled Zamfara state.

Social media users are tagging police and military accounts to call their attention as the majority of respondents express outrage.

On Twitter, @pdauda wrote: “This administration’s lack of state capacity and tacit support for non-state actors will empower these groups amass so much influence that they will moot power sharing in future.”

@el_bonga: “When we are already to end banditry, our leaders know what to do. We have gone from giving bandits millions in the name of amnesty to giving them traditional titles in broad daylight.”

Reacting, a tweep @sadiqanc seemed to have endorsed the enthroning, saying: “The government couldn’t do anything that’s why they made peace with them. Nothing more important than peace.”

@Jobisamson replied: “The govt chose to do nothing because apparently those in helm of affairs are sympathizers. I don’t want to believe these elements can overpower state security forces.”

@Emeka_rfst: “Peace is in the presence of justice, not in the absence of violence. They have just crowned a rogue leader and for what would come next, I don’t want to imagine”

The bandit leader, real name Adamu Aliero, was turbaned on Saturday by Aliyu Garba Marafa, the first Emir of Yandoto.

Marafa announced Aleru as “the new Sarkin Fulanin Yandoton Daji in accordance with the cultural requirements of the Emirate”.

The appointment, he explained, agrees “with the demand for peace and reconciliation efforts highly needed for our people in our Emirate, Tsafe local government area, Zamfara and Nigeria”.

Twitter user, Abdul Balarabe shared photos from the event. The images showed many people in attendance.

Under the tweet, another user posted a video of attendees returning from the ceremony in a convoy of motorcycles.

It was gathered that the coronation of 47-year-old Aleru was decided as part of efforts to appease him in order to achieve peace in the state.

The bandit leader supervised killings, abduction, and the rustling of cattle in Tsafe and across Zamfara and Katsina states.

Following the attacks, the federal government ordered a hunt for the outlaw also known as Yankuzo.

In June 2020, Katsina Commissioner of Police, Sanusi Buba declared him wanted “dead or alive” with a N5million bounty.

This was sequel to sting operations after the Kadisau village attack, where over 20 people were killed by bandits.

The chief informed the public that during the raids, two bandits, Bello Usman and Usman Sule, were arrested.

The police said Usman confessed to having participated in the invasions and killings at Kadisau village of Faskari and others at Musawa, Matazu, Karaduwa, and Yantumaki.

“The suspect stated that the attack was masterminded by a notorious kingpin of bandits, Adamu Aliero Yankuzo, in protest of the arrest of his son, Suleiman Adamu Aliero, 24″, Buba disclosed.

In January, It was  reported the security agency’s confirmation of a kidnap incident perpetrated by Aleru and footsoldiers.

The CP revealed that the victims held for more than 60 days were from three villages – Adarawa, Gana, and Bayawuri – in Rijiya district of Gusau local government area.

The hostages included 25 females, among them pregnant and nursing mothers, plus four male children, Elkanah added.