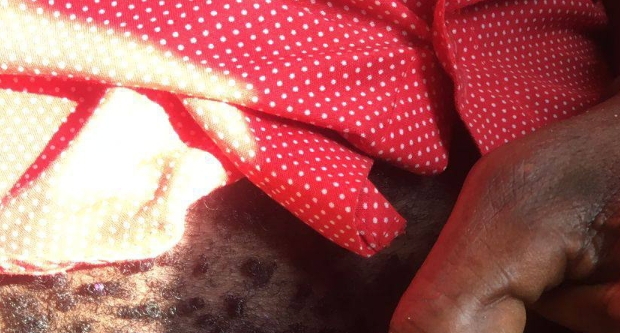 Some people see divorce as an option when they catch their partners cheating; some even go as far as killing them, but a woman from Delta State who was faced with the same situation decided to make her husband’s manhood unworkable by biting it off.

The incident was disclosed in a social media post by a Delta-based activist and Behind Bars DG, Mr. Harrison Gwamishu.

According to him, the woman brought her brothers to beat up the man before allegedly biting off his manhood.

Details of the incident are sketchy at the moment, but he added that the woman has since been arrested by the police.