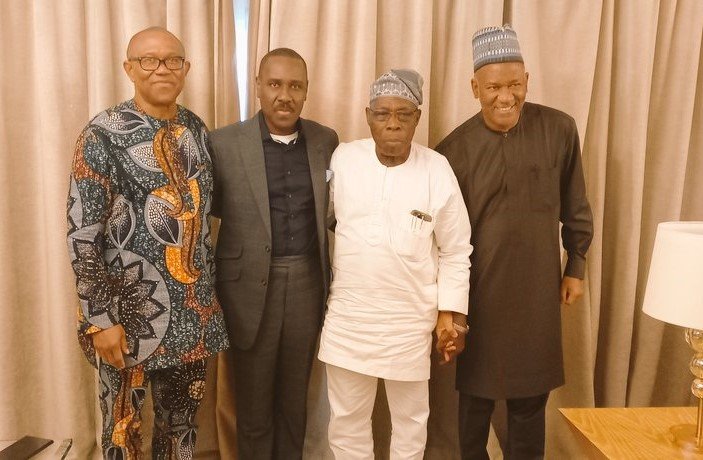 The former Anambra governor and ex-House of Representatives member are vying for the presidency under the Labour Party (LP).

Obasanjo received the 2023 candidates at his residence in Abeokuta, the Ogun State capital.

Obaze was the Peoples Democratic Party (PDP) flagbearer for the 2017 Anambra governorship election.

The parley is believed to be part of Obi’s consultations ahead of the general elections next year.