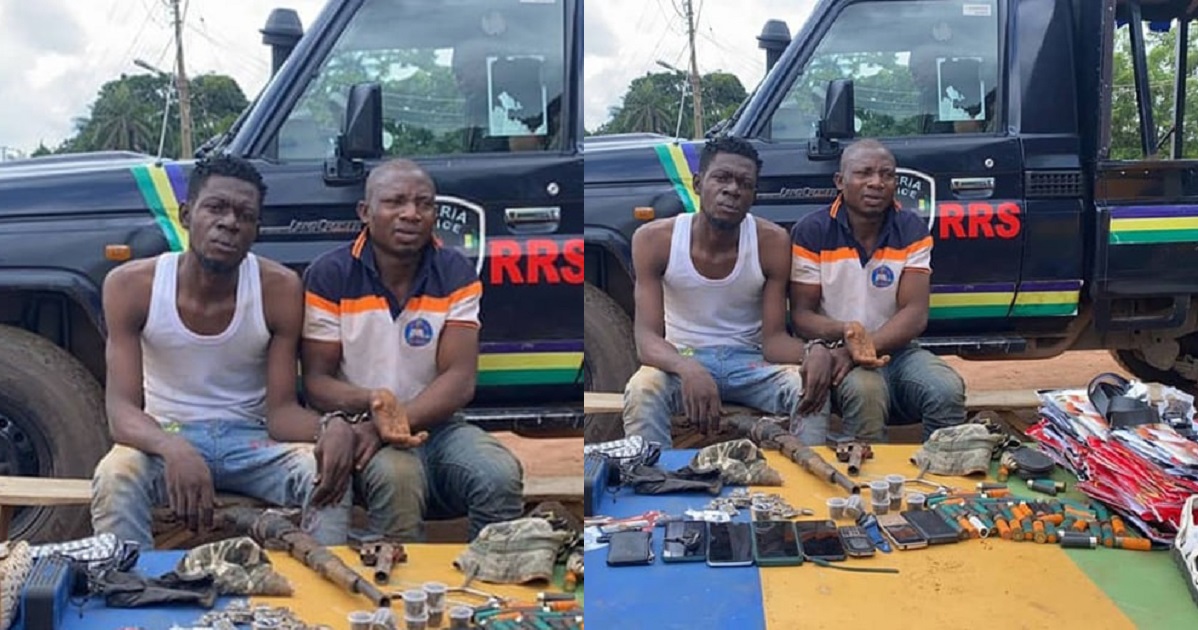 Two armed robbery suspects have been arrested by men of the Ekiti State Police command at their hideout in the Atikankan area of Ado-Ekiti.

Abutu said the arrested suspects are Olusesan Segun, popularly called “Always” and Kareem Gbenga, while others took to their heels.

According to him, the command was able to arrest the suspects following intelligence received on them, adding that detectives swooped on their criminal hideout in the state capital.

Items recovered from them included a locally made single-barrel gun, one locally made pistol, 51 live cartridges and 32 pieces of underwear suspected to have been stolen.

Abutu said during interrogation, “the suspects confessed that they are into armed robbery alongside those who are currently at large.”

They further disclosed that they peddled illicit drugs and that they were members of the Eiye confraternity.

He said the suspects would be arraigned accordingly while effort is on to arrest those on the run.