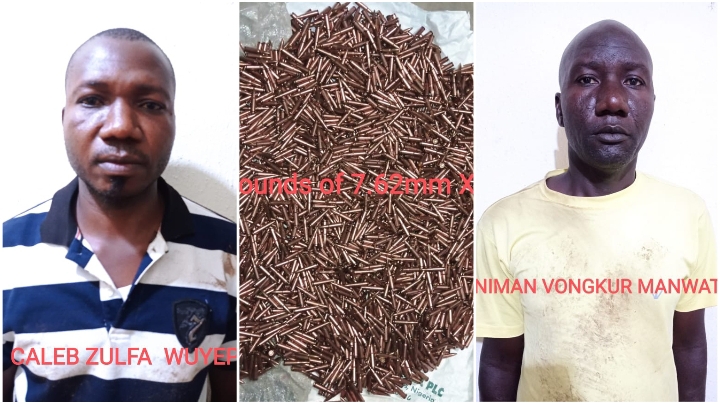 The Army states that troops of OPSH in conjunction with DSS acting on credible intelligence arrested the two suspected ammunition suppliers with 2,968 rounds of 7.62mm(Sp) at Makera in Riyom LGA, Plateau State.

It was gathered that the suspects were intercepted en-route Mabudi in Langtang South LGA, Plateau State.

Preliminary investigation revealed that the suspects are major suppliers of ammunition to bandits operating in Wase and Kanam LGAs, Plateau State of which they confessed to.

The Army says the suspects are in custody undergoing interrogation.