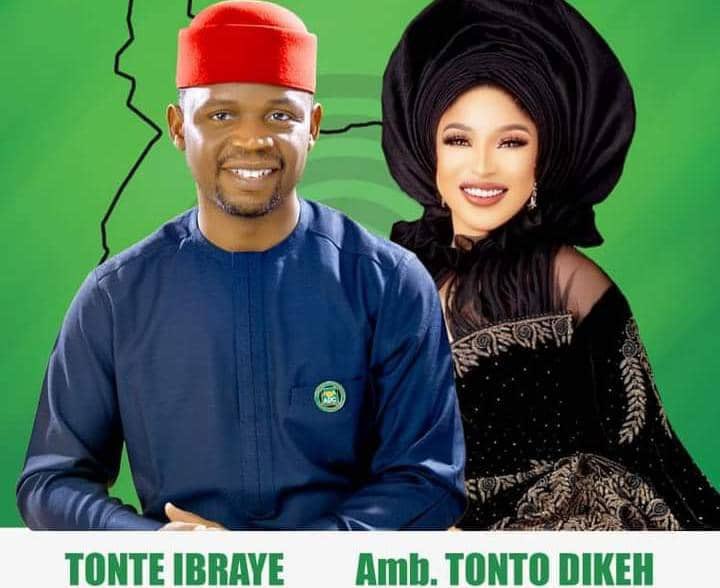 The African Democratic Congress, ADC, has again explained the reasons for choosing actress Tonto Dike as the running mate to the governorship candidate of the party in Rivers State.

The State chairman of the ADC, Leader Sampson said the decision was to “encourage women”, particularly the “younger ones” to go into politics.

Sampson disclosed that Dike has been a member of the party for over a year and possessed the qualities required for the position.

According to him, “the choice of Tonto Dike is like we are coming with something that is quite different.

“We sat down and we felt that we have someone like Tonto Dike with us and she’s also very good. We know her capacity across board, but what many people did not know about her is her political ability and ambition.

“We have been having conversations with her; she’s been a party member for more than a year now.

“We looked at choosing a female running mate and by the time we looked at all of these, we believed she’s the best for that position.

“We also did that to encourage the women to be in politics and believe you me, since she came on board, it has created a lot of awareness for women to know that they can actually be active in politics, especially the young ones.”

The ADC chairman said Tonto Dike had added a lot of value to the party since she joined.