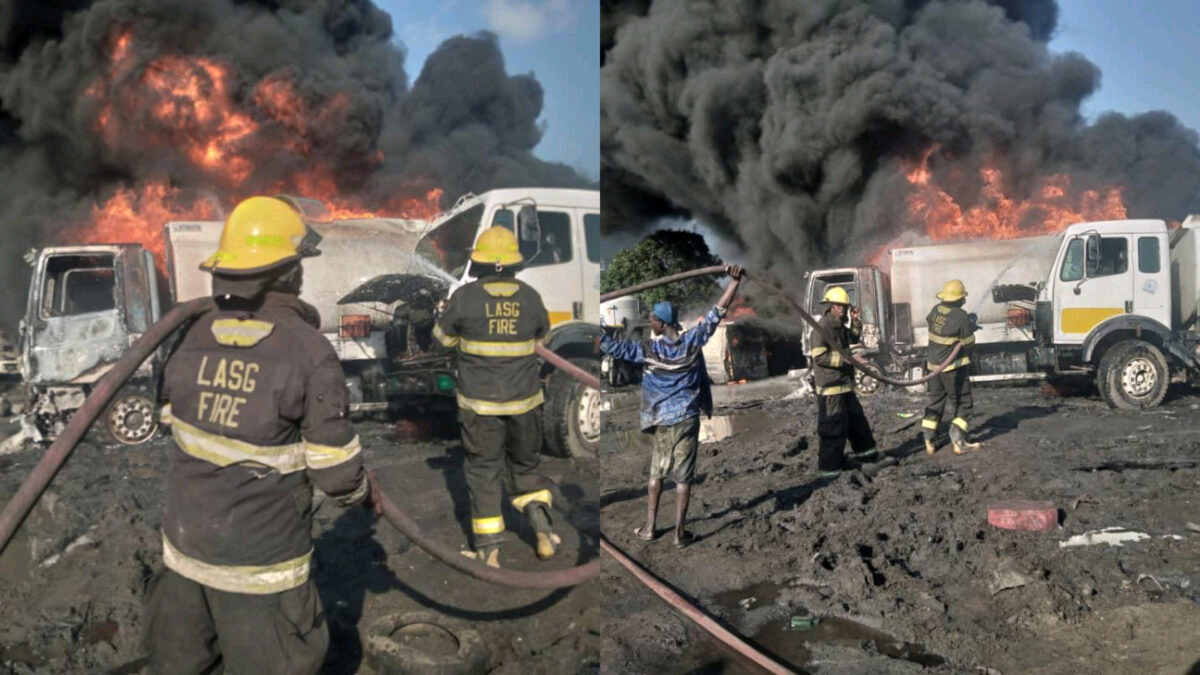 According to the Lagos State Emergency Management Agency, the agency activated its response plan to distress calls at the above location.

The fire which was burning profusely had caused panic in the area as officials and residents were seen trying to put the inferno under control.

“Upon arrival at the scene by the agency response team, a fire outbreak from a fuel tanker and drums was encountered.

It added that emergency responders “are currently battling the inferno to contain it.”

“Members of the public are to refrain from nearing any naked flame while motorists are to avoid the area, LASEMA Spokesperson, Dr Olufemi Oke-Osanyintolu, said in a statement.