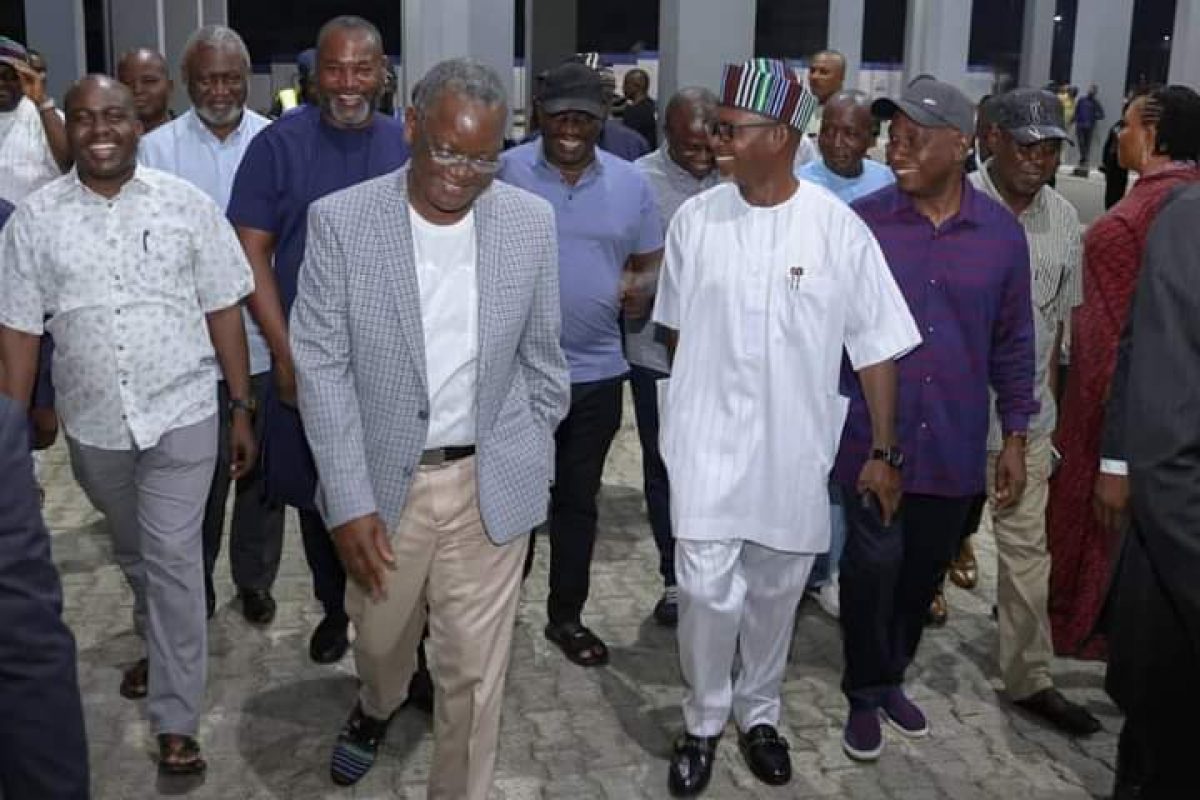 A cross-section of Nigerians has reacted to Benue State Governor Samuel Ortom’s return to Nigeria after a two-week work leave in the United Kingdom, UK, and the United States of America, USA.

Recall that Ortom was received at the Nnamdi Azikiwe International Airport by top party and state government officials in Abuja on Wednesday morning.

The governor had, during his visit to the United States, called on the American government and other international communities to hold President Muhammadu Buhari and his government responsible for the killings in Nigeria.

The governor made the call at the State Department, Washington DC, while interacting with its officials.

Ortom also accused Fulani herdsmen of being used as an instrument to wipe out farmers from their ancestral lands.

He also told the US authority that “farming in Nigeria is under siege and is being decimated; agriculture is gradually dying, and food security is being threatened”.

Ortom’s return to Nigeria has stirred reactions from Nigerians on social media.

However, some welcomed the governor back to the country and hailed him for speaking his mind, while others questioned if the US government have the power to make a decision on Nigeria.

@cletus_nwaogu: “You are welcome. I hope the world has heard you.”

@Samsoneke3: “A good man and a man that stands on truth must be respected. I respect you, sir.”

@LaycanOla: “He’s on the side of right-thinking citizens. He has sympathy for life and lives. He’s a frontier in the battle against misrule. Welcome back, my mentor!”

@SolaMaintain: “I like Ortom because he speaks his mind.”

@Felovtski: “Wait o! You mean he went to the US to report his Oga? Is Oga PMB now answerable to the USG? Abi, am I missing something here?”

@Tchika007: “The US Govt can’t do sh!t. No foreign govt or organization has ever said anything concerning our travails. They don’t care.”

@gudhenry16: “Do you think FG withholding his state funds has been the reason he finds it hard to pay salaries and pensions?. He loves his people to deliberately do that.”