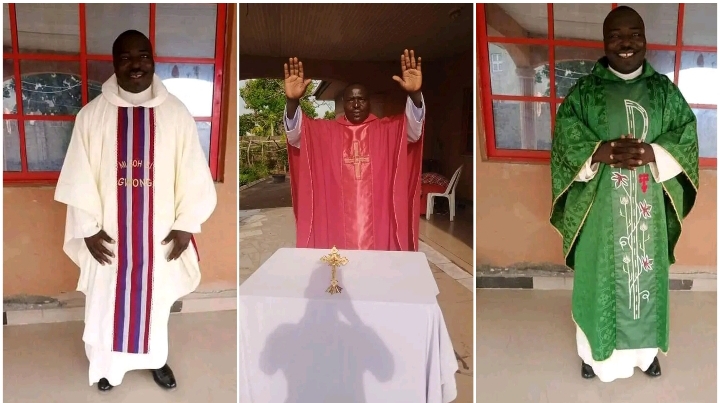 One of the two Catholic priests abducted in Kaduna about five days ago has been found dead while the other has regained freedom.

Both priests were kidnapped at Christ The king’s Catholic Church, in Lere Local Government Area of the state on Friday.

Security operatives who were on a mission to rescue the two priests said the remains of Reverend Father Johnmark Cheitnum were found at a farm in a nearby village and have been deposited at a morgue in Zonkowa.

The security operatives suspect that he might have been killed by his abductors.

Meanwhile, Reverend Father Donatus Cleopas who reportedly regained freedom about 30 minutes after the remains of his colleague were found, has been taken to the Kafachan Catholic Dioceses in Jema’a Local government area.

The incident comes barely a month after another Catholic priest was killed on his farm by armed bandits.

The Kaduna Police authorities are however yet to acknowledge the incident.