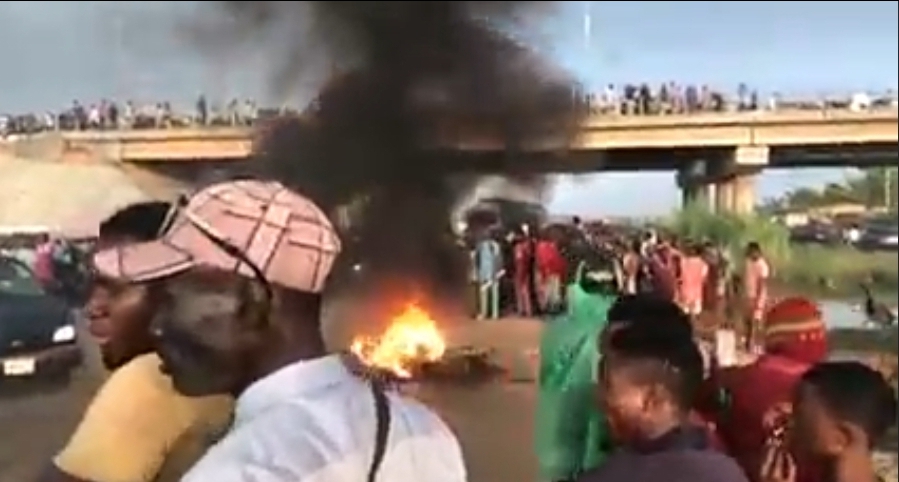 It was gathered that the suspects were burnt after they allegedly snatched a motorcycle from a motorcyclist.

The suspects, who were later apprehended by angry residents, were later set on fire by the residents.

A source who is familiar with the incident said it occurred at General Gas under bridge in Ibadan Wednesday evening.

The source said the suspects were caught after they made attempts to run and shoot at their chasers, adding that some of the residents called the attention of the police to the incident, but the angry residents had already set the suspects on fire before the arrival of the policemen.