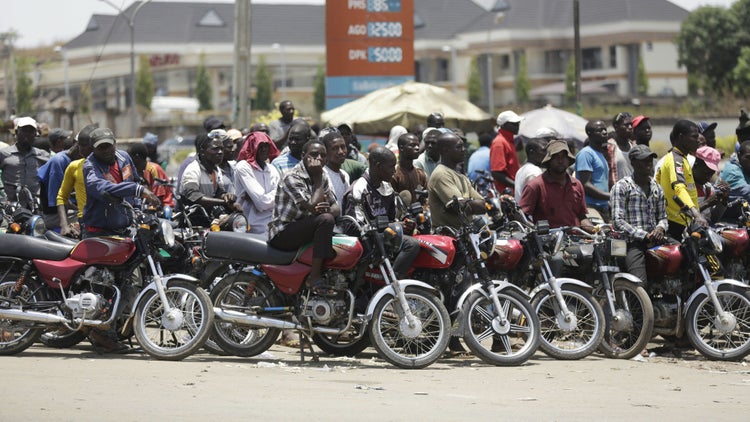 Malami says the proposed ban could cut off sources of funds for terrorists and bandits.

The Federal Government is considering banning the use of motorcycles popularly known as Okada across the country.

Abubakar Malami, the Attorney General of the Federation (AGF) and Minister of Justice hinted about this on Thursday, July 21, 2022.

Malami dropped the hint while addressing State House reporters after a meeting of National Security Council (NSC) presided over by President Muhammadu Buhari at the Presidential Villa, Abuja.

Why the ban matters: Malami said investigations have shown that motorcycles are used for mining activities across the country.

He added that the ban could cut off sources of funds for terrorists and bandits.

Malami also said the government needed to ban the use of motorcycles in the country because terrorists had moved from the conventional ways of funding their activities to mining and ransom taking, Daily Trust reports.

According to him, bandits use motorcycles for movement while they make money from mining to fund their arms supply.

Reacting to a question on the effect of the ban on ordinary Nigerians and the economy, the AGF said the FG would prioritize national and public interests above individual interests.

The ban was announced days after some motorcycle operators in the Lekki area of the state allegedly killed a sound engineer, David Imoh, and also set his body ablaze.