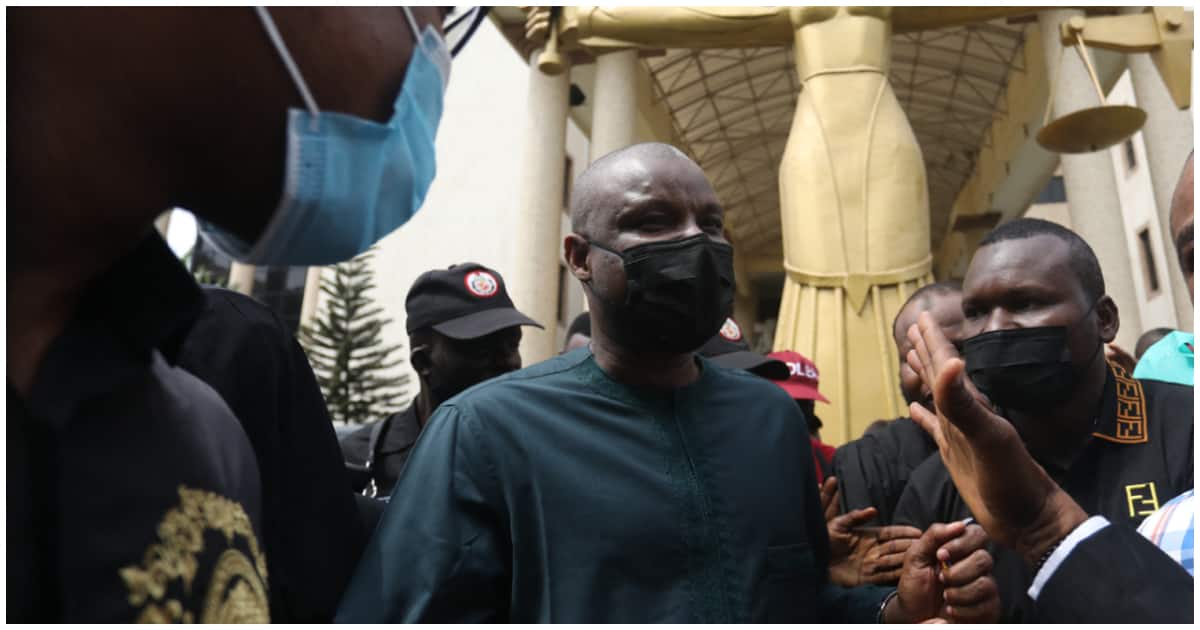 Speaking through Onyekachi Ikpeazu, his counsel, on Wednesday, Kyari prayed to a Federal High Court in Abuja to grant him bail.

“My lord, every living soul in this country will agree that there was not just a breach, but that there was a grand terrorist attack by an organisation that not only successfully invaded the Kuje prison, but took control of it for over three hours. However, the applicant, being a law-abiding citizen, refused to take off.

“If there is anything to establish that the defendants will not jump bail, it was that circumstance. The gates of the prison were left open for over three hours.

“In fact, the defendant hid like a rat, because the organisation that conducted the attack went from cell to cell, saying they want to take him and the others to the desert. I don’t know where else in the world, where certified crime fighters that have endangered their lives and abandoned their families to serve the country, are kept in the same cubicle with same criminals they made their arrest possible, with some of them facing death penalty.”

Kyari and other officers of the Inspector-General of Police (IGP)’s Intelligence Response Team (IRT), through their counsel, told Justice Emeka Nwite that their lives are in danger in the custodial facility.

Moving the motion for bail, Onyechi Ikpeazu, SAN, who appeared for 1st (Kyari), 4th and 5th defendants, said granting his clients bail was a necessity because their lives are no longer safe where they are currently detained.

He said the officers who had performed excellently well in their profession by apprehending dangerous and high-profile criminals, most of who are in the same prison with them, should not be kept in the facility.

Ikpeazu urged the court to admit them to bail on liberal terms.

Also, Gboyega Oyewole, counsel for the 2nd defendant, spoke in the same vein.

But the lawyer of the National Drug Law Enforcement Agency (NDLEA), Sunday Joseph, disagreed with the defence counsel.

He urged the court to dismiss the bail application.

Justice Nwite adjourned the matter until Aug. 30 for a ruling.