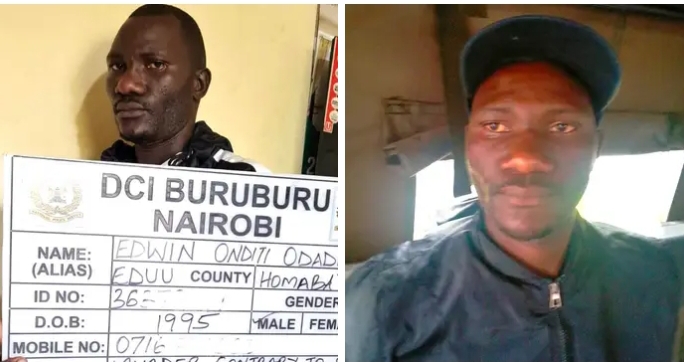 A man identified as James Samson Oduor came home on July 12 to find his wife’s lifeless body lying in the house with visible injuries on her body.

According to eyewitnesses, his best friend, identified as Edwin Onditi Odada is alleged to have been seen coming out of Samson’s house on that fateful day.

Samson claimed he had been living with his best friend, but he later chased him away after his wife complained of him attempting to rape her.

On that fateful day, Onditi found Samson’s wife in the house alone, and that’s how he managed to attack, rape, and struggle her to death.

He found his wife’s dead body lying in the house after he attempted to call her, but none of his phone calls were answered.

He reported the incident to the DCI and since then, they have been looking for Onditi who went into hiding, and finally they have arrested him together with another person who was caught with the deceased’s mobile phone.