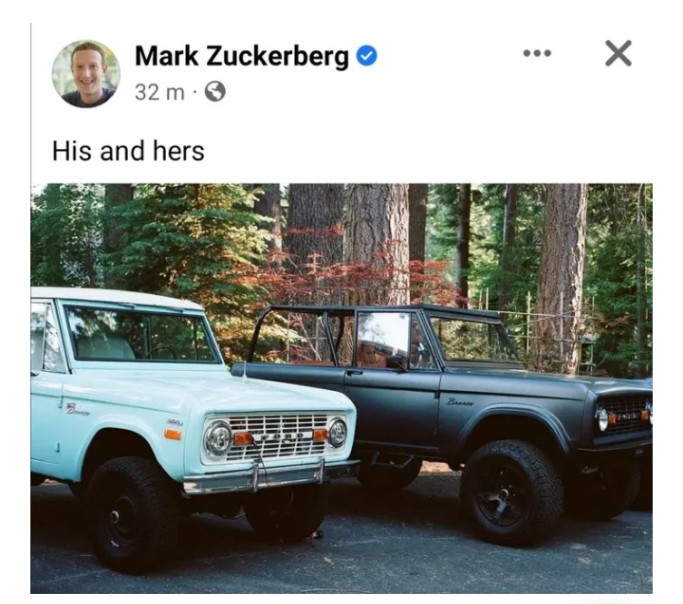 Chief Executive Officer of Facebook, Mark Zuckerberg, has sparked reactions on social media after he shared a photo of the cars he and his wife are using.

Sharing a photo of the two cars on his verified Facebook page, he wrote in the caption – “His and hers.”

As we already know, Mark Zuckerberg is a very wealthy man, and can afford anything that money can buy. According to the report by Forbes, the 38-year-old entrepreneur is worth 64.1 billion dollars. With such a networth, of course, he can afford any kind of exotic car in the world. That is why when he shared the photo, many people were shocked to see the kind of cars that such a rich man and his wife are driving.

Those who follow Mark Zuckerberg know that he lives a very simple life despite his wealth. He married his wife, Priscilla Chan, in 2012, and the couple is blessed with two lovely kids.

His wife also seems to believe in that life of simplicity, and that is evident in the photos of themselves that Mark Zuckerberg often shares online.