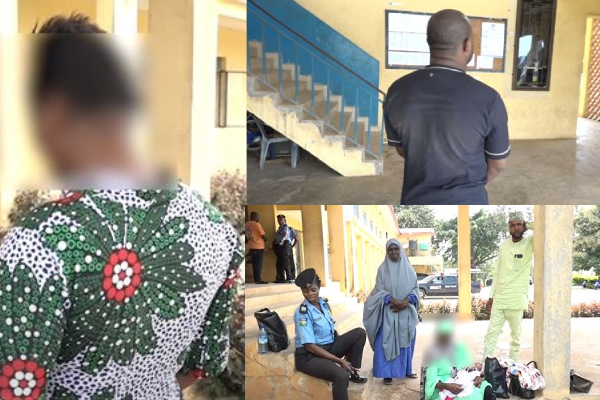 Ondo State Command of the Nigerian Police has arrested a thirty-five-year-old woman, who specializes in stealing day-old babies.

She was arrested with her husband, who is a herbalist in Sagamu area of Ogun state, after days of tracking.

The woman identified as Funmilayo Mojugbori was arrested when she absconded with a new born baby she allegedly stole in Sabo area of Okitipupa, Ondo state.

The suspect confessed to the offence and pleaded to be forgiven over the devilish act.

She said she could not understand the spirit that entered her to have committed such act.

In her confession, she said she had two children for her husband in Cameroon but was denied access her children.

The mother of the baby , Binta Halhassan said, the woman came to her for assistance just to pass the night which she obliged her by giving her a room to pass the night, but to her dismay while on her way from the bathroom the following morning, she noticed the woman had absconded with the day old baby.

While addressing journalists, the command public relations officer Funmilayo Odunlami said the suspect was arrested in Sagamu in Ogun state with the stolen baby after five days.

The PPRO said the suspect had earlier stolen a baby from the residence of another woman in Okitipupa in January 2021, but unfortunately the baby died.

She said the suspect will be arraigned in court when investigations are concluded.