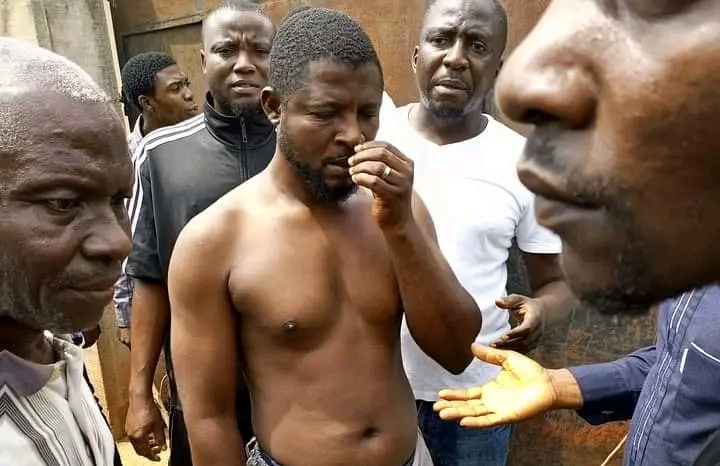 A middle-aged man who is yet-to-be named has been arrested after he allegedly got his own biological daughter pregnant in Benue state.

She said the man was having sexual intercourse with his biological daughter, who was a minor until she got pregnant.

I was at a police station. This man was brought in together with his wife and daughter.
The reason been that, he was having sex with his biological daughter (a minor) till she got pregnant.

The police were saying if we lock him up now the family would suffer, we are trying to resolve it amicably. (I was perplexed) The man was educated & a civil servant while the wife was an illiterate.

The second one I witness,the wife went to the village to farm. Came back, boom her underaged daughter started vomiting every morning. After beating her enough,she told the mum ka daddy (It’s my daddy). This woman could not bear the pains and started packing out. When she asked her daughter to pack too ,she refused and told the mum,I can’t leave my daddy alone. She packed out leaving her behind with the father turned boyfriend.

I thought it was a rumor till one of the girls in my house who was friend’s with her brought her to our house. The moment she left… She told me that’s the girl her father is sleeping with. I asked her, so she didn’t go with the mum?

She replied no, that the girl said her dad is so caring and tells her that she’s fine with round a$$.

These are not fictions. It’s what I witnessed live.

Same thing this man in the photo did, he’s been sleeping with the 12yrs old daughter of his sister.

Is this not wickedness? Don’t tell me she was dressed in mini skirt too?