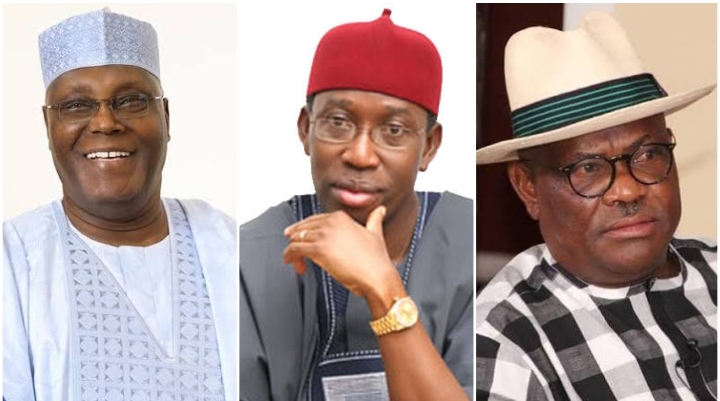 Atiku Abubakar, the presidential candidate of the People’s Democratic Party (PDP), has revealed why he didn’t pick Nyesom Wike, the governor of Rivers state as his running mate.

He said in an interview that he did not pick Wike as his running mate because he wanted someone he could work with “amicably.”

The former vice-president said this while having a chat with Arise TV on Friday, July 22.

“In arriving at the decision, I held wide consultations with various stakeholders in our party including our governors, the national working committee, board of trustees, and other leaders to seek their inputs and their wisdom.”

“In these consultations, I made clear that my running mate would have the potential to succeed me at a moment’s notice, that is, a president-in-waiting.

“In other words, the person must have the qualities to be President. The person must have an appreciation of the deep rot which our country has been put into by the rudderless All Progressives Congress government; understands the great suffering that most of our people are going through and the urgency of relieving them of that suffering; understands the critical importance of economic growth and development to provide our young people with jobs, hope, and a pathway to wealth.”