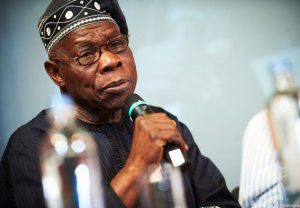 Obasanjo said youths should not allow anyone address them as leaders of tomorrow, saying the tomorrow may never come.

Obasanjo claimed some corrupt leaders would destroy the so-called tomorrow if the younger generation fails to rise and take their future in their hands.

The former president made the assertions on Saturday during a special interview with former Super Eagles star, Segun Odegbami, on his Eagles7 Sports 103.7 FM, Abeokuta.

Fielding questions from Odegbami, Obasanjo said, “My advice for Nigerian youths is, never let anybody tell you that you are the leaders of tomorrow. If you wait for tomorrow before you take over leadership, that tomorrow may not come. They will destroy it.

“This is the time, youths get up and make it happen,” he said.