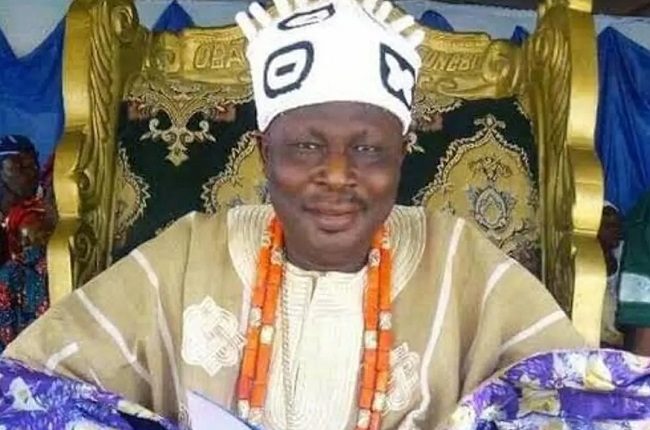 THE Aseyin of Iseyin in Oyo State, Oba Adekunle Salawudeen, has joined his ancestors at age of 62, family sources told Vanguard, on Sunday.

The monarch’s death which occured, on Sunday, was the fourth such occurrence among prominent traditional rulers in the state in the last eight months.

Aseyin, who ascended the throne in 2007, was said to have died at the University College Hospital, UCH, Ibadan, where he has been for months as a result of undisclosed ailments.

Our Correspondent learnt that his remains are being arranged for onward journey to his town, a less than one hour journey from the state capital, while traditionalists are said to have begun passage rites around the ancient town.

Iseyin is an ancient Yoruba town located in the northern part of the state, about 91 km to the state capital, Ibadan.

Recall that in December 2021, the Soun of Ogbomoso, Oba Jimoh Ajagungbade Oyewumi joined his ancestors, followed by the Olubadan of Ibadan, Oba Saliu Adetunji in January 2022 while the Alaafin of Oyo, Oba Lamidi Adeyemi also transited to great beyond in April 2022.

In his condolence message, the Olugbon of Orile- Igbon, Oba Francis Olusola Alao and the Vice-Chairman, Oyo state Council of traditional rulers expressed shock over the transition of Aseyin of Iseyin.

The monarch, in a statement personally signed stated: “The death Of Aseyin Of Iseyin, Oba Abdul Ganiyu Adekunle Salau got to me suddenly. This is another great loss to Oyo State Obas Council and Chiefs.

“He served his people whole heartedly and selfless. We all in the traditional council in Oyo State will missed him dearly.

“I pray God almighty comfort and console his family and the entire oyo state.” He prayed.