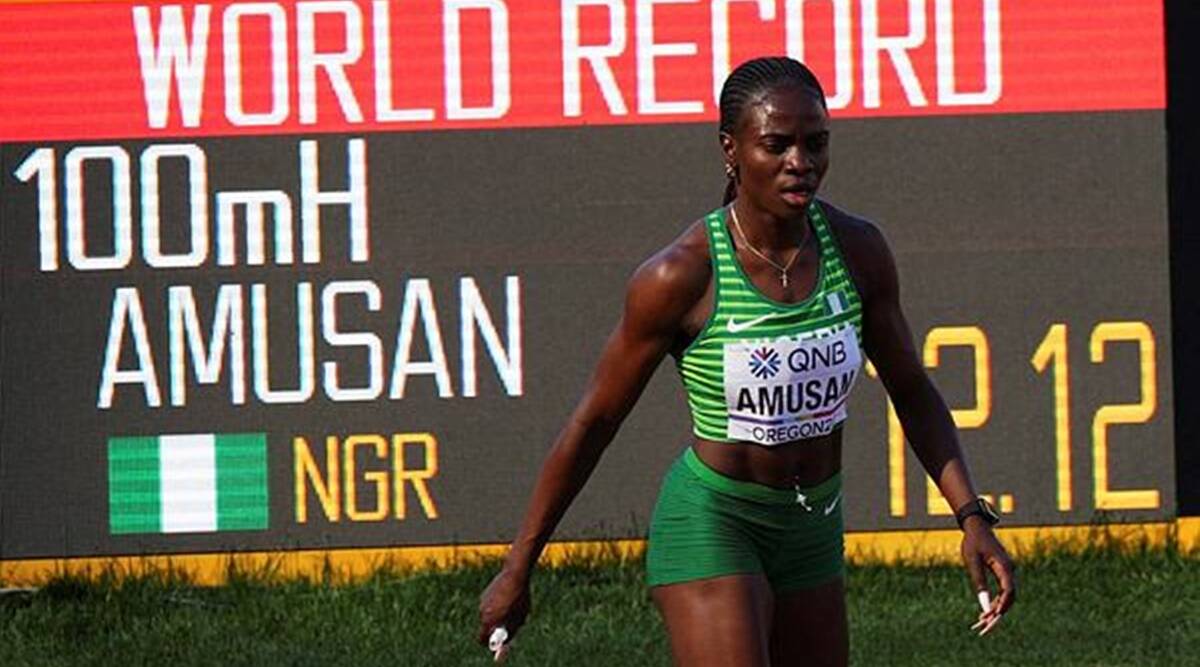 Recall that the African reigning Track & Field superstar set a new World record in the women’s 100m hurdles, smashing the world record not once but twice in the process to win gold in women’s 100 meters hurdle.

In the process, she became the first Nigerian athlete in history to ever set a World Record in any international event

Here are 12 things to know about Tobi Amusan

2. She is a track and field athlete who specialises in the 100 metres hurdles and also competes as a sprinter.

4. She was the 2018 Commonwealth, 2018 African champion and a two-time African Games champion in the event.

6. She was a silver medallist at the 2013 African Youth Championships in Warri.

7. She claimed gold in the 100 metres hurdles at the 2015 African Junior Athletics Championships in Addis Ababa.

8. In 2015, while making her All-Africa Games debut as an eighteen-year-old, she won the gold medal in the 100 metres hurdles.

9. Amusan finished fourth in the Tokyo Olympics with a time of 12.60s. She later competed in the Zurich Diamond League event, which she won in 12.42s, becoming the first Nigerian to win a Diamond League trophy.

11. She won gold in the 100m hurdles at the 2022 African Championships in Mauritius, defending her title successfully with a time of 12.57s (wind-aided). She also competed in the women’s 4×100m and won gold.