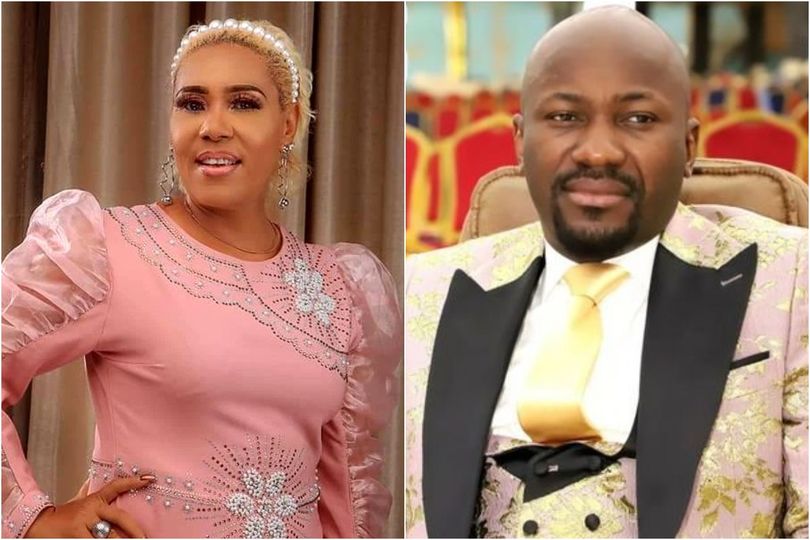 There have been series of allegations leveled against Apostle Johnson Suleman after videos and messages of ailing actress Halima Abubakar surfaced online.

Nigerian actress, Shan George has reacted after being accused of allegedly sleeping with Apostle Johnson Suleman.

It all started after videos and messages of ailing actress Halima Abubakar surfaced online.

A blogger, Gist lover had taken to Facebook to make some shocking allegations against Abubakar, the pastor and some actresses.

Reacting to this, Shan George via her Instagram page stated that she is innocent of every allegations levelled against her.

She also further revealed that Apostle Suleman Johnson is one of the kindest and straightforward persons she knows.

“One of the kindest and straight forward persons I know is Apostle Johnson Suleiman. Just like in his numerous sermons, he says it blunt as it is, and that’s something I respect in pple. Not everything is about intimacy.

As for Gistlover, he’s one person I’ve never met but hv a lot of respect for as well. Bcos he speaks for d downtrodden and don’t care if bullet hits him. Me I no fit deny my pple wey I respect. But I never at anytime dated the Apostle. I be water, I no get enemy. #positivevibesonly#onelove,” she wrote.