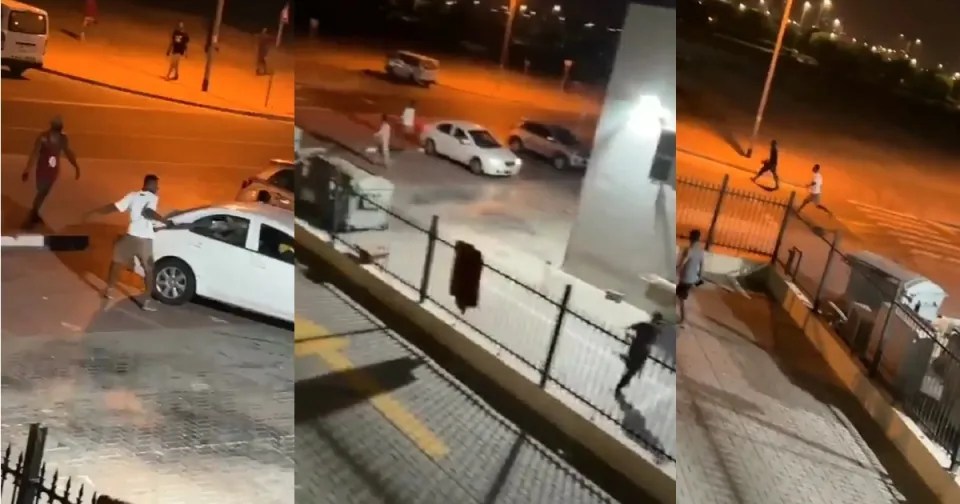 The ban comes after some African immigrants, some Nigerians, caused chaos in the UAE.

According to him, the reason is because of a viral fight involving Nigerians in Satwa.

The ban comes after some African immigrants, some Nigerians, caused chaos in the UAE.

A video from the incident shows young men with machetes wreaking havoc in the neighbourhood at night. They broke the side windows of a car, destroyed other properties, chased after innocent residents, and generally disturbed the peace in the quiet neighbourhood.

Days after the video went viral, it was announced that the troublemakers have been arrested by Dubai police.

Now, the Dubai government is said to have taken it a step further by slowing down process for Nigerians applying for Dubai visa.
Look at what Africans are doing in UAE, Ajimaih Dubai. Chai. 💀pic.twitter.com/BTDo6DfSYp

Unconfirmed reports claim the Dubai authorities are currently not issuing visas to Nigerian men below the age of 36.

Reacting from Dubai, Nigerian actor Aremu Afolayan lamented that this decision reached by the Dubai authorities will affect hardworking Nigerians.

He said Nigerians have a right to legally be in Dubai and those Nigerians causing trouble in Dubai are most likely illegal.

“Pick up the trouble makers and don’t use that to destroy the livelihood of every other Nigerians,” he said in a video.

He added that everyone is an immigrant in other countries, therefore it will be wrong to judge all Nigerians based on the actions of a few.

“They make trouble and kill each other, take them to jail, do anything to them, they deserve it. But there are innocent Nigerians that need to feed,” he added.

He also asked what the Nigerian ambassador to Dubai is doing to help Nigerians affected by the ban.