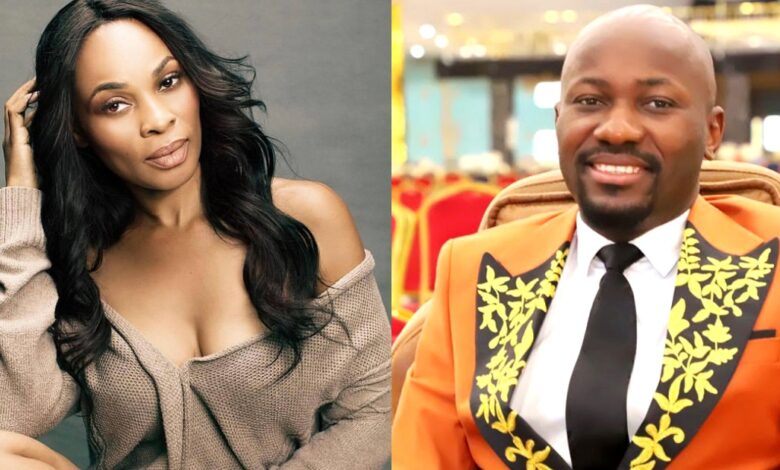 Some notable names in the movie industry have been linked with an affair with the cleric since a popular blogger accused them of intimacy with Apostle Suleman.

The likes of Shan George, Iyabo Ojo, Mercy Johnson and several others were named in a list released by the blogger.

Onuoha, however, in her reaction refuted the claim that she had an affair with Apostle Suleman.

Onuoha while reacting to the trending issue on Tuesday, also distanced herself from the report of intimacy with the cleric.

According to Onuoha, Apostle Suleman rather has been an help to her and other celebrities from comedians, to musicians, and actors.

She further stated that she would not deny that the cleric helped her because some faceless cowards hiding behind keyboards are spewing bullshit.

The actress appreciated Apostle Suleman for helping her in time of need and the people he also sent to her to help her out.

Onuoha added that not everyone who helps people out has the intention of sleeping with the helped.

She called on the face behind the allegation to hug a transformer or use third mainland bridge.