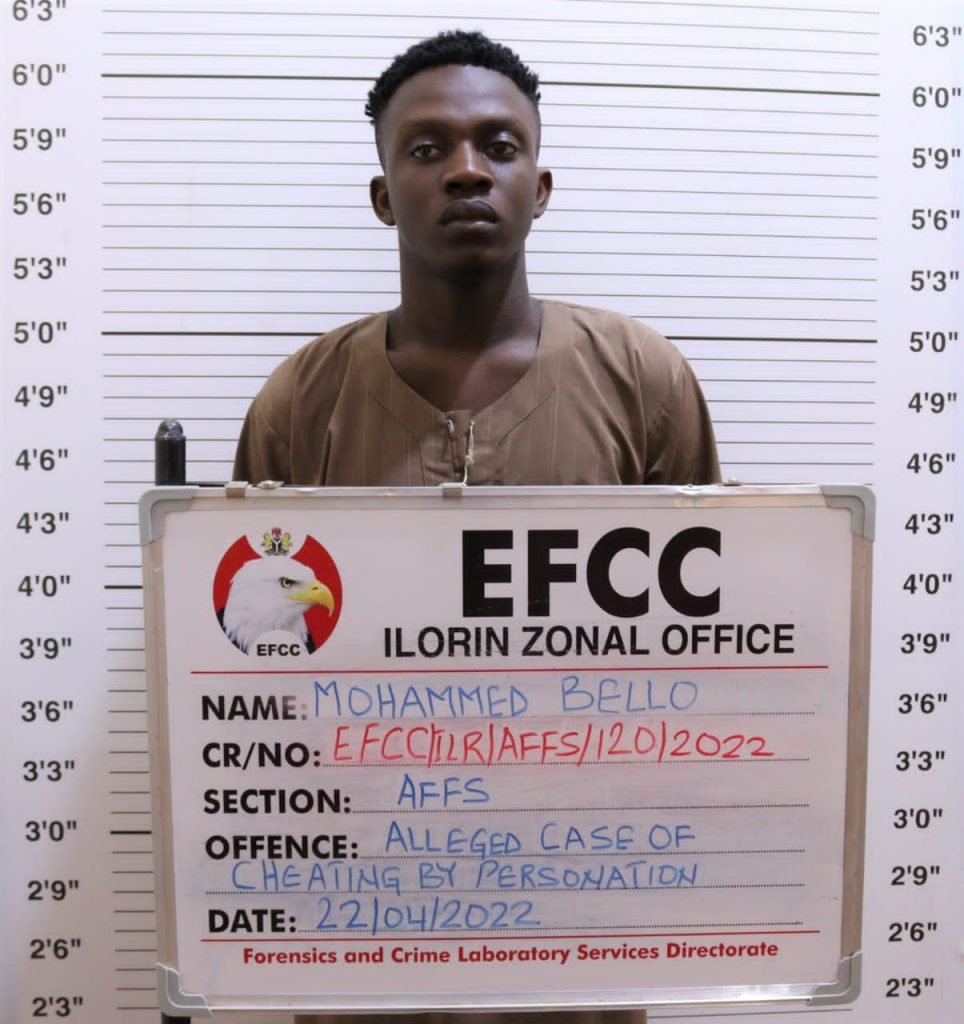 Bello who claimed to hail from the Ilorin West Local Government Area of Kwara State got convicted by the court.

A court in Kwara State has convicted a 23-year-old student of the Federal University of Technology, FUT, Minna, Niger State.

Mohammed Bello on Wednesday bagged 12 months in jail for offences bordering on cheating by impersonation.

He allegedly posed as a white female with the intent to defraud unsuspecting victims, according to the Ilorin Zonal Command Office of the Economic and Financial Crimes Commission, EFCC.

The defendant was prosecuted on two-count charges by the anti-graft agency.

The EFCC, while acting on credible intelligence, arrested Bello alongside other suspected fraudsters on April 22, 2022, at Agric Estate, Sango area of Ilorin, the Kwara State capital.

The defendant did not only admit to committing the crime but pleaded guilty to the charge upon arraignment in court.

Following his guilty plea, counsel to the EFCC, Andrew Akoja, reviewed the facts of the case through a witness who is an operative of the Commission, who tendered the extra-judicial statements of the defendant, one apple iPhone Xr and fraudulent messages printed from his device, which were admitted in evidence.

Akoja urged the court to hold that the prosecution had established the necessary ingredients of the alleged crime against the defendant to warrant his conviction.

Justice Akinpelu, who relied on the evidence before the court, said she was convinced that the prosecution had proved its case beyond reasonable doubt and pronounced Bello guilty of the offence.

Justice Akinpelu, further ordered the forfeiture of the Apple iPhone Xr, which was used to perpetrate the crime, and the sum of $25 which the convict benefited from the unlawful activities to the Federal Government.