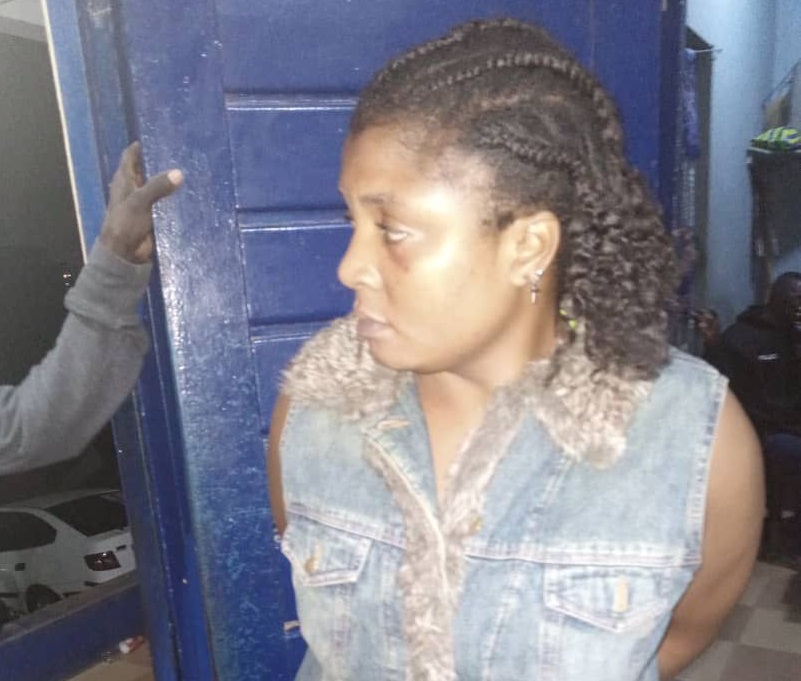 A prostitute got her private part cut by her colleague during a fight in the Ashanti Region of Ghana.

The Nigerian prostitute who is now arrested by Police in Ghana allegedly used a blade to cut a colleague’s private part for allegedly snatching her customer.

The suspect who was described as godmother of all prostitutes in Dichemso Plaza also allegedly used the blade to inflict wounds on the face and thighs of her victim.

Trouble started when the suspect identified as Bella, had warned her colleague, Ruth to stay off a particular man because the man was her topmost customer.

The suspect also threatened to “design” her (Ruth) face with sharp objects if she fails to heed to her warning.

Despite the warnings, Ruth refused to stay off, Bella and four others accosted her by the roadside and pinned her to the ground. They later held her hands and legs allowing Bella to inflict the cut on her face and private part.

The four people who helped Bella to carry out the act are yet to be arrested by the police since they fled when they got wind of Bella’s arrest.