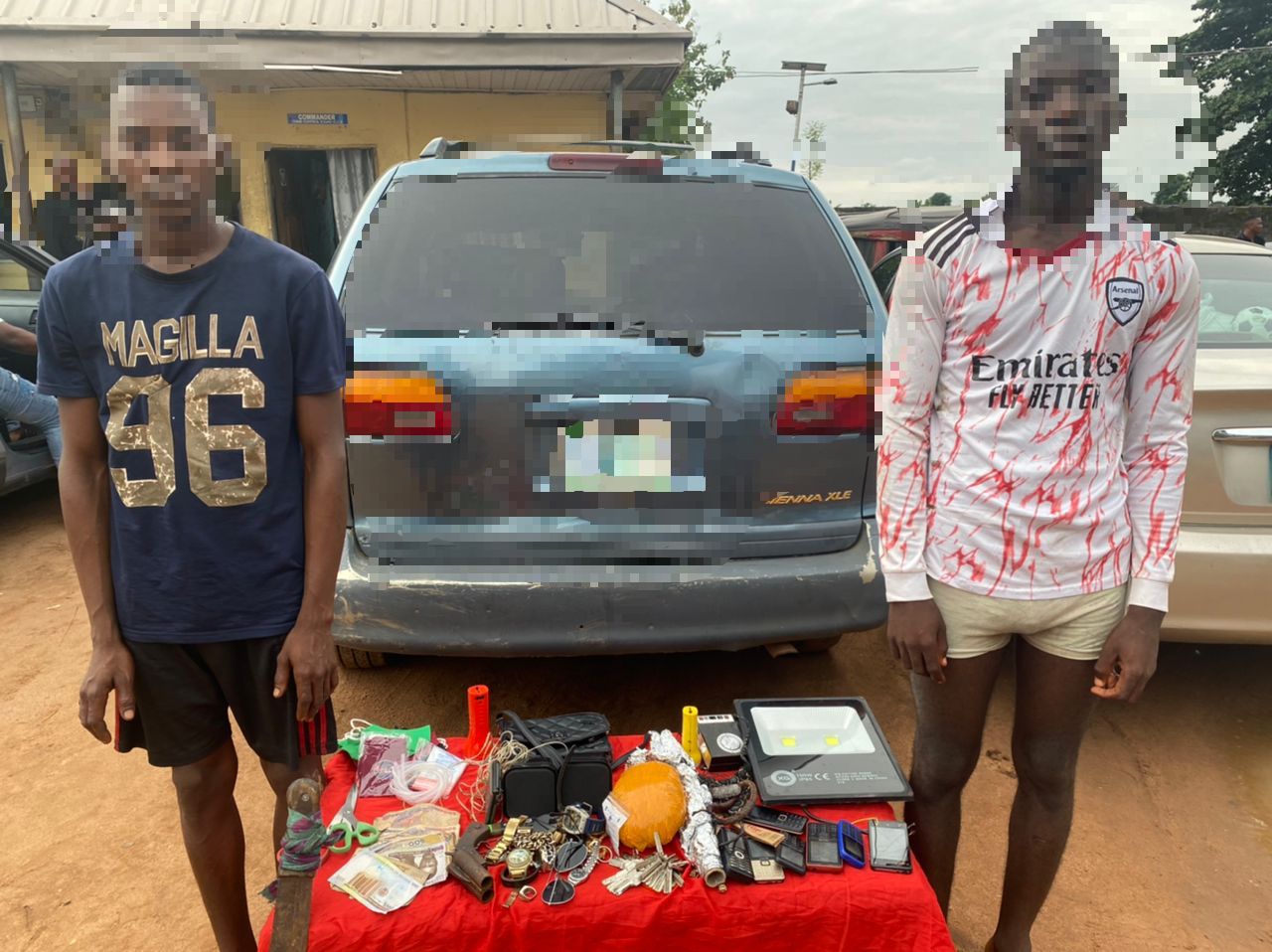 Operatives of the Imo State Police Command’s tactical team have arrested two suspected armed robbers and recovered a locally made double barrel pistol, assorted charms and a bunch of master keys while raiding their hideout at Avu in Owerri West LGA of Imo State

The Imo State Police Command Spokesperson, Micheal Abattam confirmed the arrest in a statement on Wednesday.

The Police said the suspects, Yahaya Samaila ‘m’ aged 23 years and Saminu Abubakar ‘m’ aged 24 years both of Kware local government area of Sokoto State were arrested while others escaped.

According to the statement, “On searching their hideout, the following items were recovered, One (1) locally made double barrel pistol, a bunch of master keys; a parcel of substance suspected to be Indian hemp, a female bag containing jewellery, one machete, a language translator.

The statement reads, “In the course of interrogation, it was revealed that they have been the ones terrorizing innocent citizens resident within Ama – Hausa Extension area at Avu in Owerri West LGA of Imo State. They both made useful statements confessing using the recovered bunch of master keys in stealing vehicles parked in parks and also to unlock people’s shops and steal their wares mostly at nights.”

The police spokesman said investigations are ongoing and efforts are on top gear to arrest the other suspects that took to their heels on sighting the police operatives.

However, as soon as investigations are concluded the suspects will be charged to court, he averred.

“The Commissioner of Police is using this medium to thank Imolites for the undaunting support given to the command and enjoined them to continue assisting security agencies with credible information and to report on time, any criminal activities or elements are seen within their neighbourhood to the nearest police station or call the Command’s emergency control numbers; 08034773600 or 08098880197.”