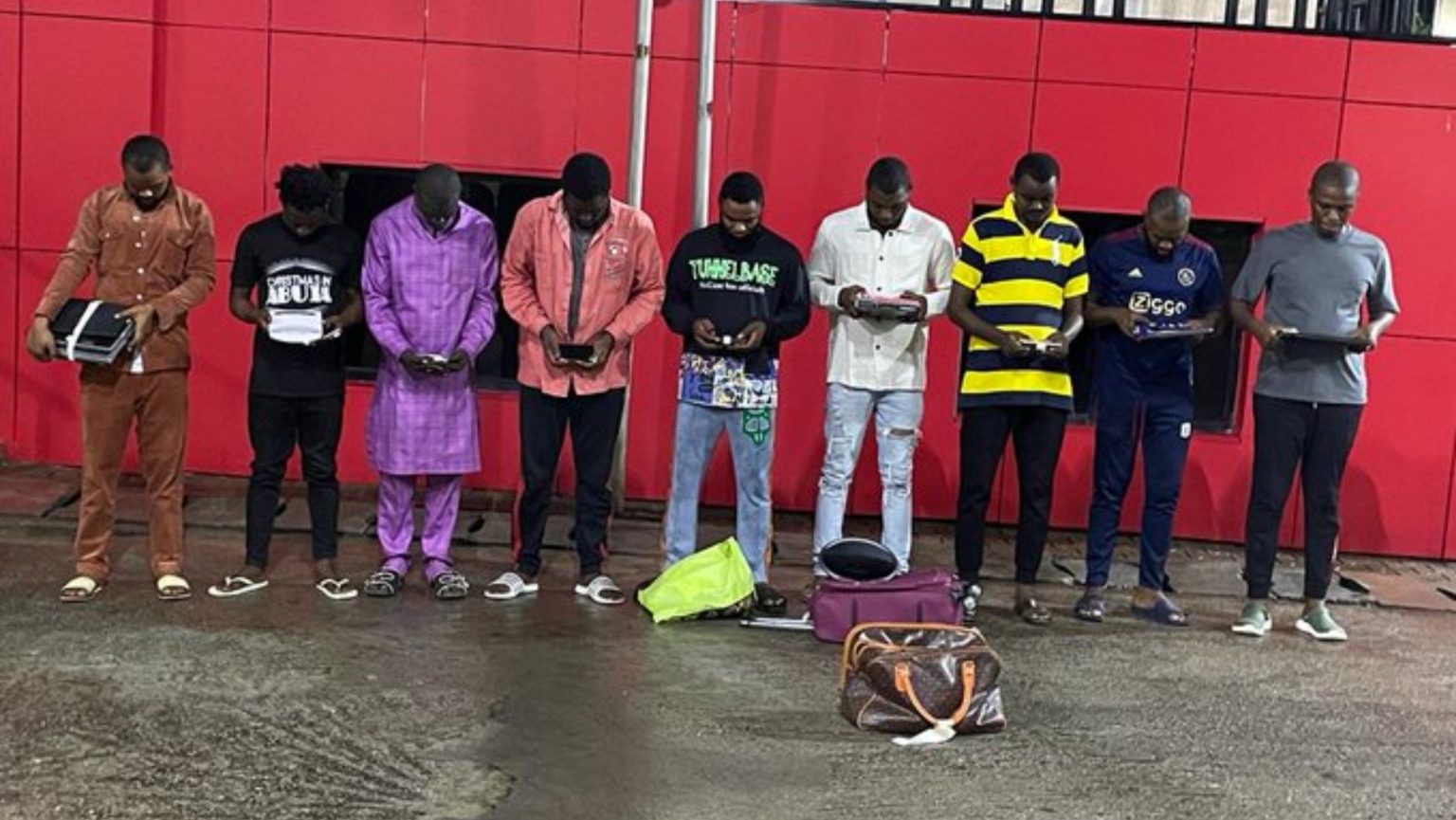 Nine suspected internet fraudsters have been arrested by Operatives of the Economic and Financial Crimes Commission, EFCC, Abuja Zonal Command.

The suspects were arrested on Thursday, at FO1 Area of Kubwa, Abuja, following intelligence reports on their alleged criminal activities.

According to a statement on the Commission’s Twitter page, various items were recovered from the suspects, including laptops and phones.

The anti-graft agency added that they would be charged to court once investigations are concluded.