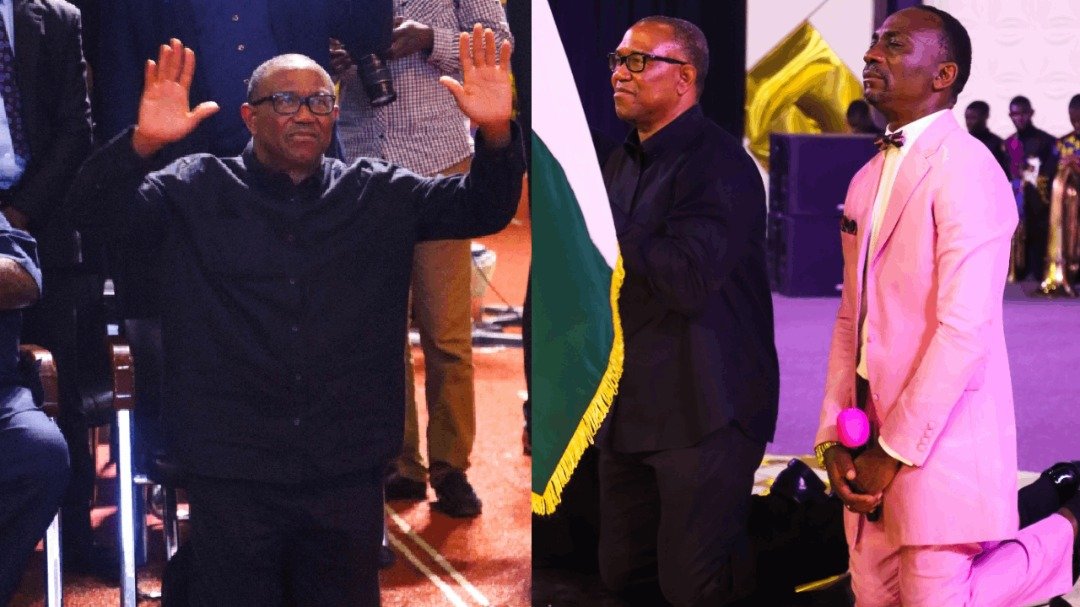 The Senior Pastor of Dunamis International Gospel Centre, Dr Paul Enenche in the early hours of Saturday led some religious and political leaders in a prophetic action to rescue Nigeria from killers and their sponsors.

The cleric was joined by Akwa Ibom State Governor, Udom Emmanuel, former Governor of Anambra State and presidential candidate of Labour Party, Peter Obi, the wife of Delta Governor, Edith Okowa and Archbishop John Praise who all cried to God to rescue Nigeria from her enemies.

Speaking during the prayer, Pastor Enenche prayed God to rescue Nigeria from bloodshed and killings.

“Nigeria cannot go down, the agenda of hell cannot succeed over Nigeria.

On his part, Obi said, “This is the only country we have. God please deliver us and liberate u!”

In their short declarations from the altar, Governor Udom, Mrs. Okowa and Archbishop John Praise declared that Nigeria is liberated from terrorism and bloodshed.

The concert had in attendance top gospel music ministers such as Nathaniel Bassey, Frank Edwards, Buchi, Mercy Chinwo, Chioma Jesus, Dunsin Oyekan, Abraham Akatu and a host of others.