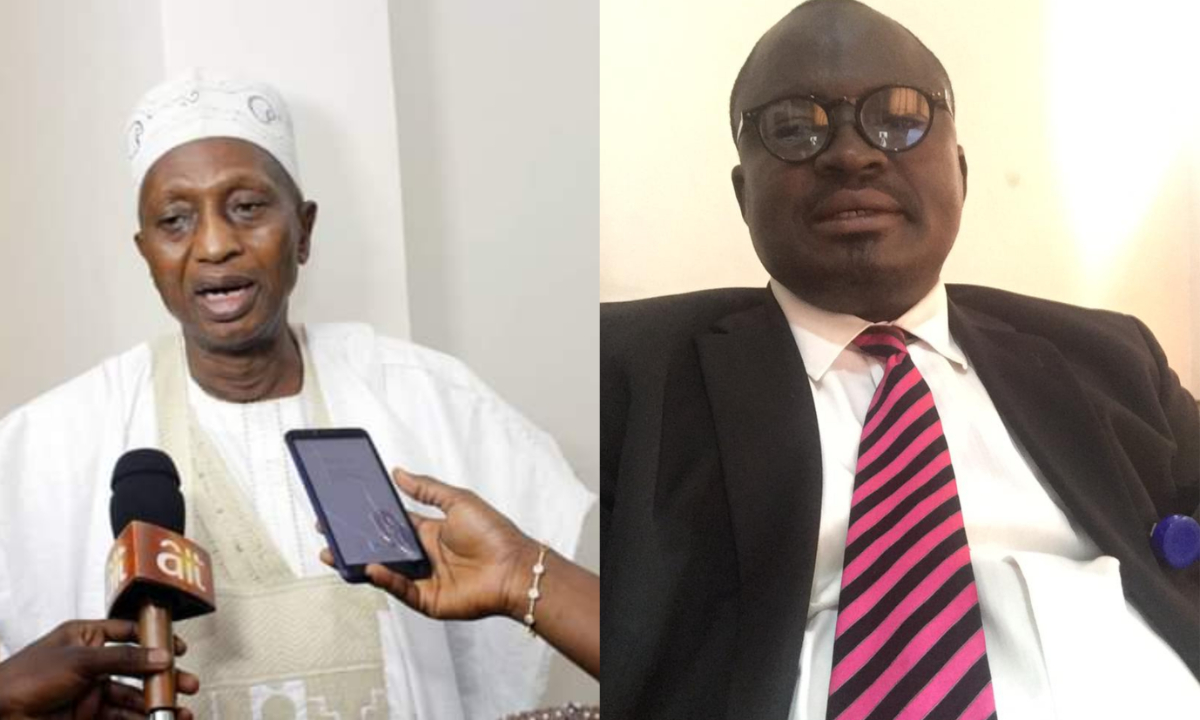 Nigerians are no doubt passing through what could be considered the toughest phase in the history of the country since the return to democracy in 1999.

Apart from issues of insecurity, hunger is biting harder, job losses are on the increase, frustration is at the highest ebb.

No doubt the citizens utilize every available opportunity to ventilate their anger. Sadly though, the victims of such situations- jungle justice are the same commoners.

It was  reports that several cases of jungle justice have been recorded in the country since January.

Wikipedia defines jungle justice or mob justice or lynching as a form of public extrajudicial killings, where an alleged criminal is publicly humiliated, beaten and summarily executed by vigilantes or an angry mob.

It stated that, “Treatments can vary from a “muddy treatment”, where the alleged criminal is forced to roll in mud for hours, to severe beatings followed by execution by necklacing”.

One of the reported cases of recent jungle justice in the country was a case of two people suspected to be motorcycle snatchers in Ibadan. The duo were burnt at General Gas under bridge in Ibadan on Wednesday, 20 July, 2022.

Our correspondent also reports that two suspected motorcycle snatchers were also set on fire last month in the same town.

It was also reported on June 8 this year that two suspected armed robbers were killed in Uyo, the capital of Akwa Ibom State.

Samuel Deborah, who was until her death a student of a College of Education in Sokoto State, was killed in a controversial manner by some suspects who are yet to be prosecuted.

A suspected thief was in March last year set ablaze in Delta State.

In Enugu State, two persons, including a native doctor, were also stoned to death a few weeks back for allegedly using a minor for ritual.

The opinion of several stakeholders and they expressed divergent views on the causes and implications of the trend.

Anarchy reigns in the absence of rule of law – Social Workers National President of Nigeria Association of Social Workers (NASoW) Alhaji Mashood Mustapha in his explanation said that jungle justice is increasing in the country as a result of a weak judicial system.

He posited that anarchy reigns in the absence of rule of law.

Mustapha called on the government and other stakeholders to address this issue with the aim of curtailing or bringing this primitive behavior to an end.

He said, “Extrajudicial killings through mob action are on the increase as a result of a weak judicial system. In the absence of rule of law, anarchy reigns, thereby putting humanity in danger.

“The Nigeria Association of Social Workers frowns at this shameful lawlessness and would like to appeal to the law enforcement agents to take appropriate actions in stemming out this mess that is spreading like bush fire across the country. Many innocent people have lost their lives and we are appealing to our people not to be taking laws into their hands because life is sacrosanct.

“The rule of law should prevail above the rule of man. The Nigeria Association of Social Workers condemn the killing of people outside the legal framework, as this is not only barbaric but inhuman. These mob killings can lead to total breakdown of law and order if not curtailed on time. Our association is hereby calling on the government or any appropriate body to address this issue with the aim of curtailing or bringing this primitive behavior to an end. We also call on the Human Rights Organizations to rise up to this challenge”.

A legal practitioner, Barrister Ahmed Junaid Sanusi in an interview , said that jungle justice thrives when people have lost confidence in the justice system.

He said that the only solution is to ensure that justice is done in all cases.

Junaid added that proper reporting of cases where justice is done will also go a long way in sanitizing the system.

He concluded by saying that those who participated in jungle justice should be made to face the music.

Junaid said, “Well, jungle justice thrives where people fail to believe in the justice system. The solution is to ensure that justice is done in all cases and not just done but seen to have been done too. Proper reporting of cases will also go a long way. There should be proper enlightenment to let the people know that justice is not a one way traffic.

“Justice is three-way traffic. Justice to the state, to the victim and to the defendant who has been accused of having committed an offence.

“Lastly, persons who have participated in jungle justice should always be made to face the music of their indiscretions. This is without prejudice to what might have led them to engage in jungle justice. There is no justification whatsoever for barbarism and lawlessness”. “As I said, the current situation in the country might be one of the reasons, and the lack of trust in the Nigeria Police is contextual to the prevalent event. Nevertheless, we would not plunge the country into abysmal misdemeanors because the government has failed to serve as an ointment of succour.

“However, our government has a prominent role in mitigating the intensity. The government, maybe at the level of state government, should sensitize the public about the consequence of meting out jungle justice to a presumed. It is a menace we need to curb before it consumes the innocent,” he said.

A labour leader and public affairs analyst, Comrade Andrew Emelieze, said that the Nigerian government is to be blamed for the ugly development.

Emelieze, who is the national coordinator of All Workers Convergence (AWC), explained that the people have lost confidence in the judiciary and the police.

He added that jungle justice is more prevalent in Nigeria due to the failure of the present government to fulfil its campaign promises.

Emelieze said, “Our country Nigeria has been turned into a barbaric jungle, borne from the age-long prevalence of bad governance and total abandonment of the citizenry. The effect of all these is the frustration, anger and tension in the land.

“Everywhere is charged up and at the instance of any violence the people eventually react with greater violence. It shows a society that has lost confidence in governance and the judicial system. The challenge of jungle justice is more in Nigeria due to the failure of this present government to fulfil her campaign promises and things are getting worse by the day. Unfortunately, those who perpetuate this act often go free and this motivates more of such cruel acts.

“The Nigerian government is to be blamed for this degeneration. Our people no longer believe in the system. The judiciary and the police are not trusted for the administration of justice and so the people have to resort to self-help borne from the frustration of a failed system. The irony of it all is that the perpetrators of jungle justice have committed offence as those mobbed.”

Jungle justice thrives in the absence of Godliness – Islamic cleric

An Islamic cleric, Shaikh Salahuddeen Busairi in his assertion maintained that the solution to the menace is for everyone to return to Godliness.

Busairi said, “The cause is absence of Godliness, while the solution is for all to return to Godliness. From Islamic perspective it is, ‘Justice delayed, justice obtained.’

“People should be reoriented to be patient enough with the Police investigation and Court verdict before punishment. Qur’an 49:06 says it all. Allah Spoke The Truth”.

Jungle justice is a sin of murder – Christian cleric

The cleric explained that the legal system should be strengthened so as to curb jungle justice.

“From the Biblical perspective, jungle justice is a sin of murder. It is the Old Testament way of life. No one has the right to take away someone’s life, no matter what. The Bible makes it clear that whoever is innocent of adultery, but guilty of murder is a law breaker. As a Christian, you are not expected to exhibit jungle justice when a criminal is caught, if you can’t convert him/ her, instead of committing jungle justice, hand him or her over to the police.

“The legal system should be strengthened. Criminal cases should be dealt with to the end. There should be a law passed against jungle justice. Government should sensitize the public.

“The major cause of jungle justice in my opinion are: Failure of security agents to secure the citizens. So, the citizens take to securing themselves. Loss of trust in security agents/corruption of the security agents, especially police. There have been cases of criminals arrested and released almost immediately they are brought to station, thereby putting lives of those who earlier captured them in danger.

“Injustice is another reason for jungle justice. Jesus opposed jungle justice when the Scribes and Pharisees were about to commit jungle justice on the woman caught in adultery. Jesus Christ rebuked them instantly. The Scribes and Pharisees insisted to stone her, but Jesus looked up and said to them, ‘he who is without sin among you, let him throw the stone at her’, and they left one after the other when they heard Jesus’s word. They were convicted by their conscience. John 8:3-9; Mathew 5:21-22”.

Traditional religion adherents in their own reaction, warned that incessant jungle justice may lead to a total breakdown of law and order.

He said, “The menace of jungle justice in our society may lead to total breakdown of law and order in Nigeria if proper care is not taken by relevant authorities.

“The cumbersome investigation method of our security agencies contributes to this. Secondly, the delay in justice in our court of law also makes the citizenry not to have confidence in our nation’s judicial system. Non-quick response of security agents to emergency calls and non-availability of technology to curb breakdown of law and order. We should go back to our traditional ways of security to do investigations”.

Jungle justice is criminal, has no human face – Police

The Nigeria Police has said that jungle justice is criminal.

Adejobi when asked the position of the police, insisted that there is no law that permits jungle justice.

“Even our tradition does not allow it. There is no single end result of jungle justice that is not a crime.

“There are some cases of jungle justice that are in the court and those that are not in court, the police are still investigating them. But, by and large, jungle justice is condemnable, it is criminal and has no human face”.