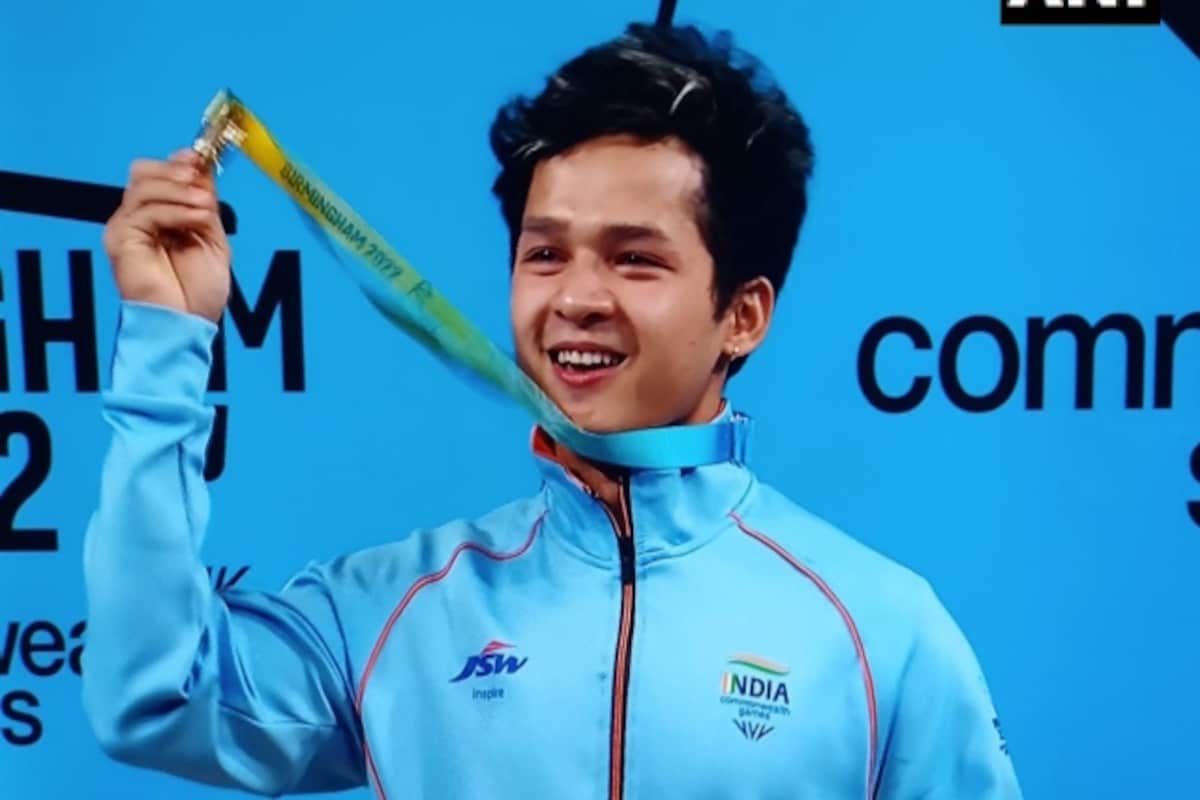 Birmingham, July 31: Jeremy Lalrinnunga on Sunday (July 31) clinched the second gold medal for India at the ongoing Commonwealth Games 2022 in Birmingham, England with a record-breaking lift of 300kg in the men’s 67kg event.

The 19-year-old Lalrinnunga, who broke the Commonwealth Games record in snatch with a lift of 140kg, lifted 160kg in clean & jerk to complete a total of a games record-breaking 300kg.

Lalrinunnga’s gold is India’s second in Birmingham 2022 and the fifth overall with all of them coming in weightlifting. The young Indian weightlifter also injured himself in the last two attempts of clean & jerk.

Lalrinnunga successfully lifted 136kg in his first Snatch attempt to move to the top of the leaderboard. Edidiong Joseph Umoafia was at second with 130kg and Samoa’s Vaipava Ioane at third with 127 kg at the time of his first attempt.

Lalrinnunga set up a new Commonwealth Games record by lifting 140kg in his second Snatch attempt. He tried to better this record by going for 143 kg in his final attempt but failed to do so. He, however, finished the Snatch category at the top of the standings with 140kg.

Then the competiton moved to the Clean and Jerk category, in which Nigeria’s Umoafia lifted 150 kg in the first attempt to take his combined weight lifted to 280 kg.

Jeremy then opened the clean and jerk category with a lift of 154 kg in his first attempt to match the Nigerian, setting a new CWG record and took himself to the lead in the overall competition with a combined lift of 294 kg.

In his second C&J attempt, Jeremy lifted 160 kg to take the lead with a combined lift of 300 kg. By lifting 300 kg combined, he had set another new CWG record.

In his final C&J attempt, Jeremy decided to lift 165 kg but he failed. Nonetheless, his combined lift stayed at 300 kg and was not matched by any other opponent.

On Saturday (July 30), Mirabai Chanu, who won silver at the Tokyo Olympic Games last year, defended her Commonwealth gold from the 2018 edition with a record-breaking total of 201kg (88kg + 113kg) in the 49kg women’s event.

Mirabai’s gold took India’s medal tally to three, with fellow weightlifters Sanket Sargar and Gururaja Poojary winning a silver and bronze earlier in the day in the men’s 55kg and 61kg categories, respectively.

Later, Bindyarani Devi won the silver medal in the women’s 55kg and sealed a fourth medal for the country. Like Mirabai, Devi also broke a Commonwealth Games record with a lift of 116kg in clean & jerk.