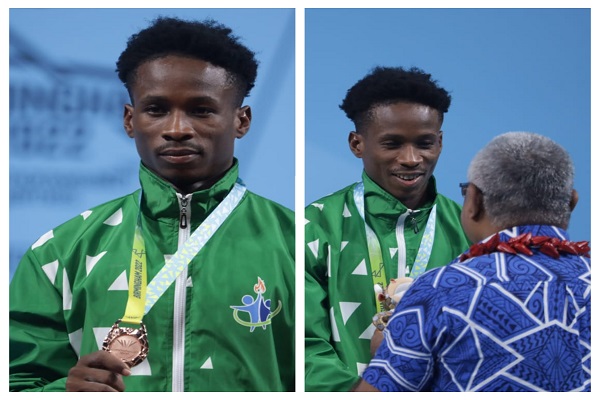 Nigerian Weightlifter, Edidiong Umoafia has won a bronze medal in the men’s 67kg category at the ongoing Birmingham 2022 Commonwealth Games.

In the men’s 67kg category, Umoafia lifted a combined 290kg (Snatch, Clean, and Jerk) to get on the podium.

India’s Jeremy Lalrinnunga won the gold medal with a grand total of 300kg, which is also a new Commonwealth Games record.

It’s Nigeria’s second medal at the event after Adijat Olarinoye claimed gold and set a Games record for Nigeria on Saturday night, July 30. The 23-year-old set a new Commonwealth Games record with a total of 203kg.