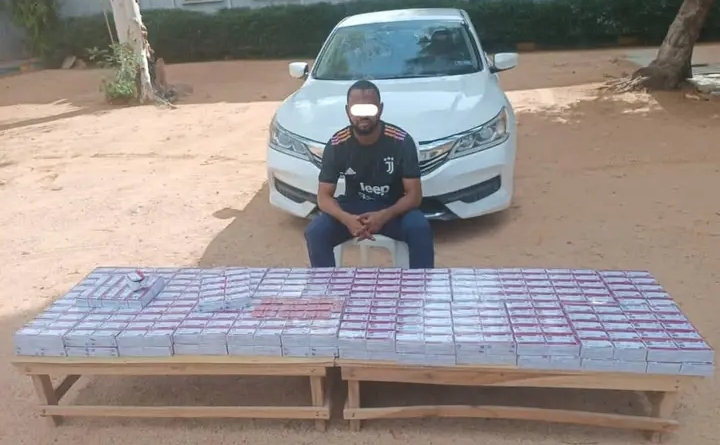 Operatives of the Kano State Police Command have arrested a 30-year-old man, Abba Musa, for being in possession of Tramadol tablets, valued at N25 million, packed inside a Motor Vehicle boot.

The suspect who is a resident of Rijiyar Zaki Quarters Kano, was driving an unregistered white coloured Honda Accord 2016 Model car when he was arrested.

The development was disclosed in a statement signed by the state Police Public Relations Officer (PPRO), SP Haruna Kiyawa.

The statement further disclosed: “The Command’s Deputy Commissioner of Police directed that the case be immediately transferred to the Command’s Criminal Investigation Department, Narcotics Section for discreet investigation.”