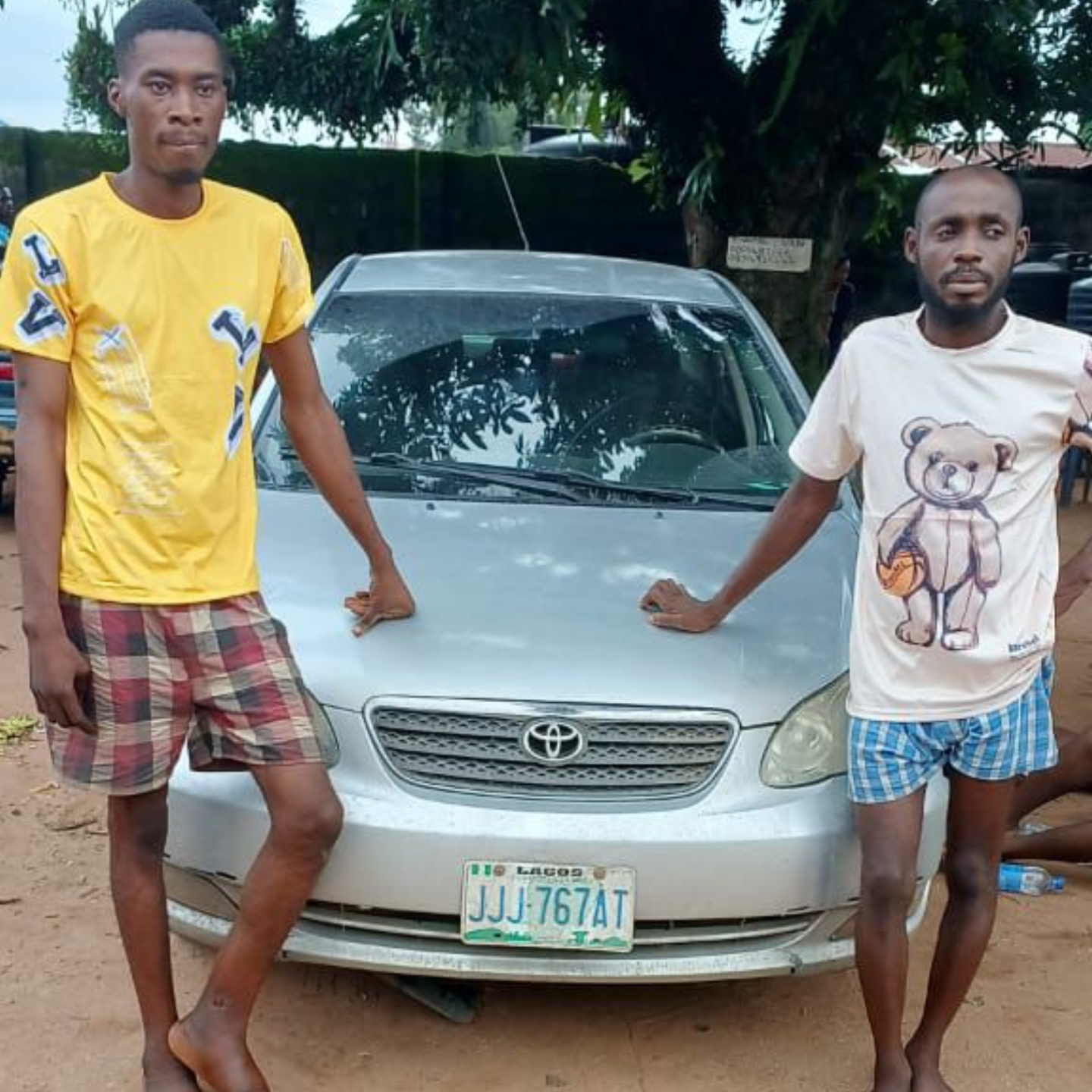 The spokesperson for the Command, Micheal Abattam , confirmed the arrest in a statement made available  in Owerri, Imo State.

The Police Public Relation Officer said on the 20th July, 2022, at about 1200 hours, the Command’s Tactical Teams, while on aggressive stop and search operation along Owerri/Onitsha road, before Federal Road Safety Corps office, Imo State, flagged down a Toyota Corolla car with registration number JJJ 767 AT.

He said the driver, while pretending to stop, veered off the road into the bush, adding that the three occupants swiftly opened the doors, jumped out and took to their heels.

The police further said the suspects were given a hot chase by the Police Operatives, whom after a reasonable distance in the bush, were able to arrest two of the suspects, namely: Felix Edem Ekanem ‘m’, aged 30yrs of 67 IBB Way, Calabar, Cross River State and Daniel Bassey Edet ‘m’, aged 35yrs of Ididem Ebiono LGA, Akwa Ibom State, while one escaped.

According to the release, “In the course of interrogation, the suspects revealed that they robbed the car at gunpoint from its owner in Calabar, Cross River State and were heading to Anambra State to sell it. They also claimed to be operating in the Calabar metropolis and mentioned the names of other members of their syndicate, including the buyer in Anambra State.

“Investigation is in progress and efforts are on top gear to arrest other members of the syndicate.”

The command said it is appealing to all and sundry to assist the police and other security agencies with credible information and to report any suspicious activities observed in their community to the nearest police station or call the command’s emergency numbers 08034773600 or 08098880197.