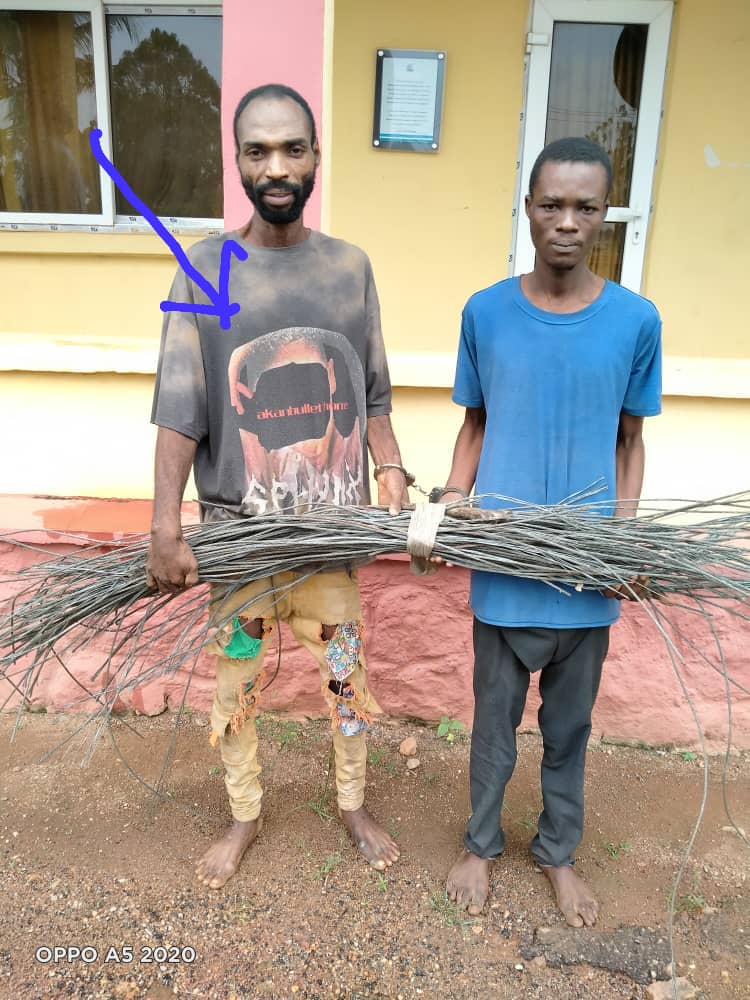 One Festus Okoeguare, who reportedly escaped from the White House Correctional Centre, Benin in 2020, has been arrested alongside one Nancinant Paul Joshua for allegedly vandalising and stealing electricity cable.

It was recalls that the Benin correctional centre in Edo State was broken into during the violent EndSARS protest, leading to the escape of some criminals, who were never apprehended.

The two suspects were arrested on July 16 by the Ogun State police command following information received by policemen at Ogbere police divisional headquarters.

The police had been informed that the power installation at Hallmark University junction along Sagamu-Benin highway had been vandalized by some hoodlums.

Upon the information, the DPO of Ogbere division mobilized to the scene alongside officers, in collaboration with men of the Amotekun Corps.

“On sighting the security men, the hoodlums took to their heels while a getaway vehicle they parked quickly zoomed off with some cables,” Ogun Police Public Relations Officer, Abimbola Oyeyemi, said on Monday.

The men were chased by the police and the Benin prison escapee as well his accomplice were nabbed, DAILY POST learnt.

“On interrogation, it was discovered that Festus Okoeguare was an escapee from White House Correctional Center located at Sapele road Benin city. It was further revealed that the escapee was convicted for murder in 2010 and was sentenced to death by hanging,” Oyeyemi disclosed this, stating that the Ogun Police Commissioner, Lanre Bankole has directed the transfer of the suspects to State CIID “for proper profiling and onward transfer to the Correctional Center.”