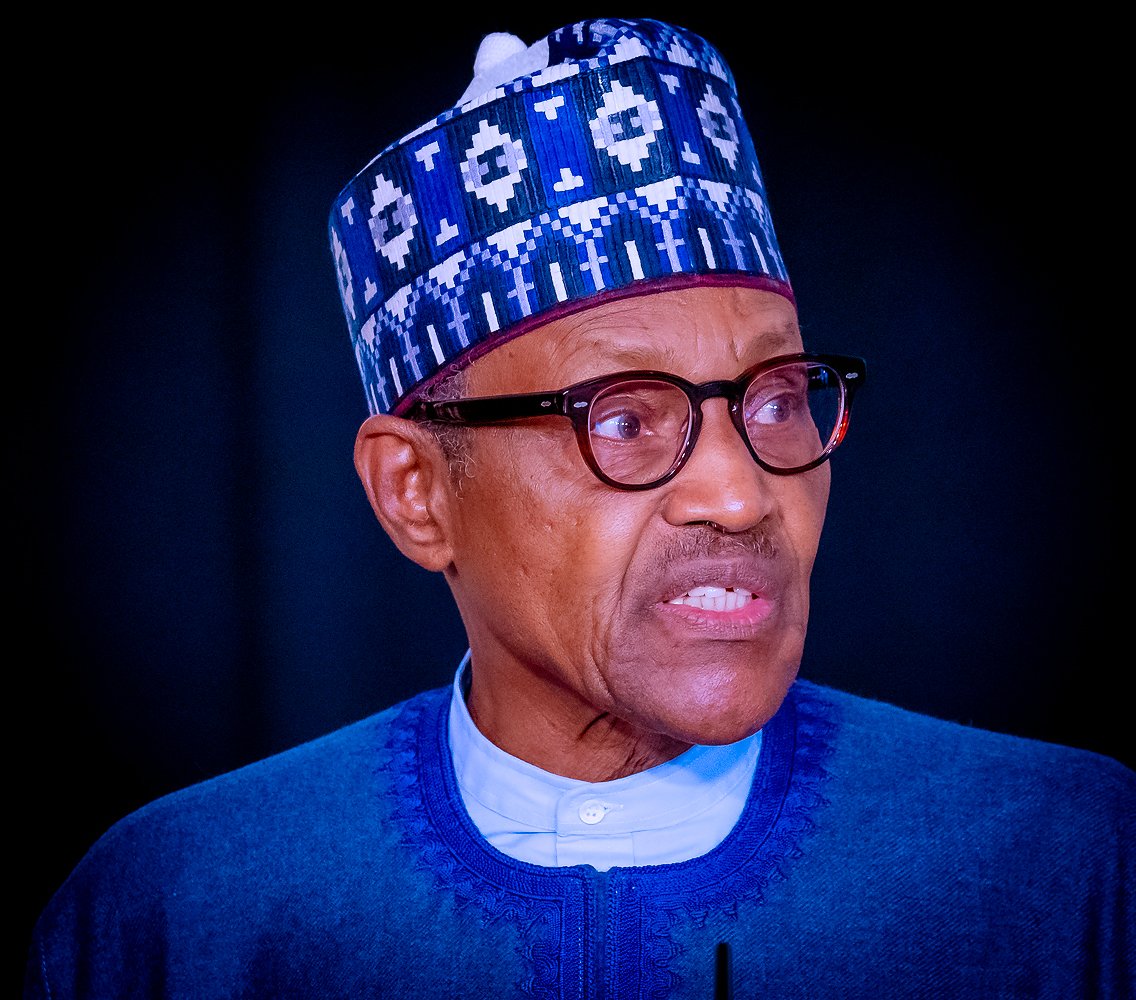 The Senator Ahmad Lawan-led ninth Senate is known for absolute loyalty to the executive arm of government and has been cautious not to flex muscle, even if there was seeming infraction on the constitution.

That jinx seemed to have been broken for real, given the opposition Peoples Democratic Party (PDP) Senators’ audacious move on Wednesday, 27 July, 2022, where they issued six weeks ultimatum to President Muhammadu Buhari to fix insecurity in Nigeria or get booted out of office.

The minority leader of the Senate and lawmaker representing the Federal Capital Territory, Senator Philip Aduda, after a closed-door session, raised a point of order to have a motion of insecurity discussed, but was ruled out of order by the Senate President.

Lawan hinged his decision on a breach of legislative rules by Aduda, as reasons he would not allow the motion to be entertained.

Irked by the Senate President’s resistance, the Minority leader, who was disappointed, insisted that the attacks by terrorists in the Federal Capital Territory, notably that of presidential guards that led to the killing of a lieutenant and a captain in Bwari area of Abuja, as well as abrupt closure of colleges in the Federal Capital Territory as a result of attacks by bandits and terrorists, were issues of “national interest”, which were discussed and agreed behind closed-door.

He mobilized his colleagues and staged a walkout in protest.

He said, “Abuja was no longer safe”, lamenting that all recommendations and resolutions by the legislative arm of government were not implemented, a development the lawmakers claimed were responsible for endless attacks across the country.

Giving clarification on some members of the APC, Senator Aduda said at the time of the briefing, that some of them have identified with the impeachment plot, revealing that the APC Senators have complained of ineptitude of Mr President that have given rise to the attacks in the Federal Capital Territory.

While addressing journalists, the opposition lawmakers were confident that they have the required number of lawmakers to effect the impeachment.

Also, in less than 24 hours, the upper and lower legislative Chambers met to harmonize their plot. After a joint closed-door meeting, the House of Representatives minority caucus leader, Hon. Ndudi Elumelu assured Senators that they would concur on the impeachment move against President Buhari.

He told the well attended meeting by the opposition lawmakers that he had similarly raised a point of order on the heightening insecurity in Abuja, stressing that the House may have not protested in the manner, the Senators did, but lawmakers in the opposition and some members of APC in the lower legislative Chamber were satisfied that President Buhari should be impeached.

Apart from insecurity, Elumelu said the free fall of the local currency which stood at N701 per dollar was a nagging issue among other worrisome issues that the parliamentarians must act within their constitutional means to save the nation.

“In the House, we acknowledged how our colleagues in the Senate had to walk out in protest over the state of the nation, as regards to insecurity.

“Concurrently though, we didn’t go the way Senators did, but I drew the House’s attention to what is happening in Nigeria, particularly the FCT, Abuja,” he said.

The lawmaker lamented how terrorists invaded Kuje prison and released suspects, adding the attack on presidential guards at Bwari that led to the killing of some senior military officers was a national embarrassment.

“As if that was not enough, the Minister of Education gave an order that all Schools in FCT be shut. Yesterday, the FCT Minister directed that all FCT schools should be closed and I gave a warning to my colleagues on the floor of the House that Abuja is no longer safe.

“If Abuja is safe, why should the Minister, serving under the APC-led government, instruct that all students should vacate.

“Why should the FCT Minister himself direct that all private schools be closed? Of course, this is a signal that Abuja is not safe”, he said.

Speaking  in Abuja over the weekend, Senator Babba Kaita representing Katsina North and who is barely three months in the Peoples Democratic Party, ruled out any mischief in the impeachment plot against Buhari.

According to him, the impeachment threat would assist Mr President to resolve the security challenges, insisting that insecurity was no respecter of political leanings.

The lawmaker, who is representing President Buhari, expressed optimism that the impeachment plot would compel the President to check security apparatus, wondering how heads haven’t rolled after the attack on Kuje Custodial Centre.

He said: “Let me first of all act as a statesman. This has nothing to do with opposition or political party because security is a general issue for everybody and insecurity doesn’t discriminate against APC, NNPP, Labour Party or PDP. We are tired of the happenings in the polity, day in and day out. We are daily losing citizens and loss of lives is not considered serious any longer in Nigeria.

“The primary responsibility of any government is to secure the people. Unfortunately, we are faced with serious security challenges and like I said earlier on, the more the effort to tackle insecurity, the more the happenings, which is an anomaly.

“Usually, when the government invests in security, the country becomes more prosperous, stable and people live in peace with one another, but that is not the case with Nigeria.

“Two weeks ago, there was a security breach at the Kuje Custodial Centre and heads didn’t roll. The Minister is still in charge; the Perm Sec is there; the head of prison is there; nobody is accountable. We cannot continue like this. So this is a real challenge, we want to ginger Mr President to do the right thing.

“People are just politicking. =Somebody like me cannot see how elections can be conducted under these circumstances. About 30 to 40% of my State is insecure. From Funtua down to Katsina North in Jibia Local Government Council, up to Zamfara and Kaduna, are not safe. How do you hope to conduct an election under this circumstance? There is nothing political and as Senators, we are supposed to be responsible.

“We must be bipartisan and help the government by securing the country. Security doesn’t know political parties. My brother in the bush has a father, mother and brothers and it can affect anybody, so we don’t politicize security. I know that the government needs to do more at this critical time.”

He spoke amid reports that he had earlier indicated to join the opposition.

In a statement he issued over the weekend, which was obtained by DAILY POST, the lawmaker distanced himself from the reported plans to impeach the Senate President, Dr Ahmad Ibrahim Lawan, as well as President Buhari.

This is not the first time, lawmakers would raise impeachment plot against President Buhari as the eight Senate similarly threatened to remove Buhari from office for spending the sum of

$496,374,470 to purchase Tucano Jets without passing through the parliament as provided in law.

Senator Mathew Uroghide, Chairman of Senate Committee on Public Accounts raised concerns over impunity of Mr President in spending a humongous amount of money without recourse to the National Assembly, but which was blocked by the former Senate President, Dr Bukola Saraki.

However, if lawmakers will work on their talk, time may be a serious constraint as Buhari has barely ten months to end his second term of office, even as checks  on the number of opposition Senators revealed that, PDP currently has 37 Senators, APGA 1, Labour 1, NNPP 3, YPP 2, totalling 43.

As required by law, the lawmakers must have two-third majority to impeach President Buhari, and it couldn’t be confirmed, the number of APC Senators that would join the opposition in the impeachment project.

Another factor that may stop the lawmakers from carrying out their threats is the “lack of time” on their own part.

They are currently on a two-month vacation, to resume on September 20, after which they are coming to face the 2023 appropriation bill, which precedes electioneering campaigns for the 2023 general election.

Speaking on the legal implications of impeaching a sitting President, an Abuja-based legal practitioner, Barrister James Omagbogu, citing relevant sections of the 1999 Constitution as amended, submitted that the procedure was tedious and cannot be observed before President Buhari’s time runs out.

He wondered why the lawmakers suddenly woke up to their constitutional obligation, lamenting that it was unfortunate for parliamentarians to cry wolf now that terrorists had taken the battle to their doorstep.

In his view, the impeachment process would involve the Attorney General and Minister of Justice, Abubakar Malami, who also doubles as President Buhari’s in-law, hence, it would amount to futility any attempt to remove him from office now.

He said: “The failure of the presidency to tame the tide of insecurity is also that of the parliament. Where were they all these while? There is no time, or is it the Attorney-General of the Federation, who will play a role in the process that will work against his in-law?”

Meanwhile, the presidency, in a statement by the Special Assistant to the President on Media, Garba Shehu, described the impeachment plot as “performative and babyish”, adding that it would amount to an empty threat.