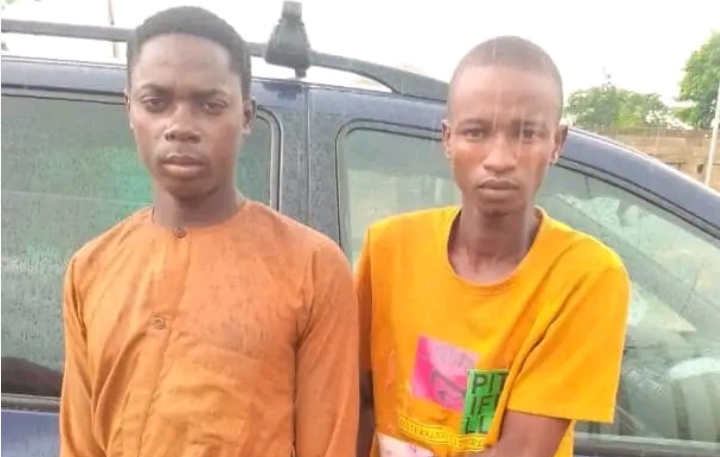 Police operatives have arrested two suspects for kidnapping and culpable homicide of a 13-year-old boy in Tafa, Niger State.

The arrest was disclosed in a statement released by the spokesperson of the state police command, Wasiu Abiodun.

On 30/07/2022 at about 1400hrs, based on a report of missing person that one Yasir Salisu aged 13yrs ‘m’ of Hayin-Nasarawa, Tafa LGA has been missing since on 29/07/2022, Police operatives attached to Tafa Division on a reasonable suspicion arrested the following two suspects;

During a rigorous and painstaking interrogation, Usman Sabiu confessed to have conspired with Nafiu Umar and abducted the missing person to the resident of Nafiu with the intention of collecting one hundred thousand naira ransom (N100,000) from the victim’s father.

Unfortunately, he claimed that the victim could not produce the father’s contact number to demand for ransom and both suspects were identified by the victim who are neigbours; hence, the victim was strangled and killed by the suspects.

In the course of investigation, the suspects led Police operatives to a river bank in Hayin-Nasarawa where the deceased was buried in a shallow grave; however, the corpse was exhumed and deposited at Umar Yar’adua Hospital Morgue for autopsy.

Meanwhile, parents and guardians are hereby advised to closely watch and monitor their ward’s movement within the community for safety.