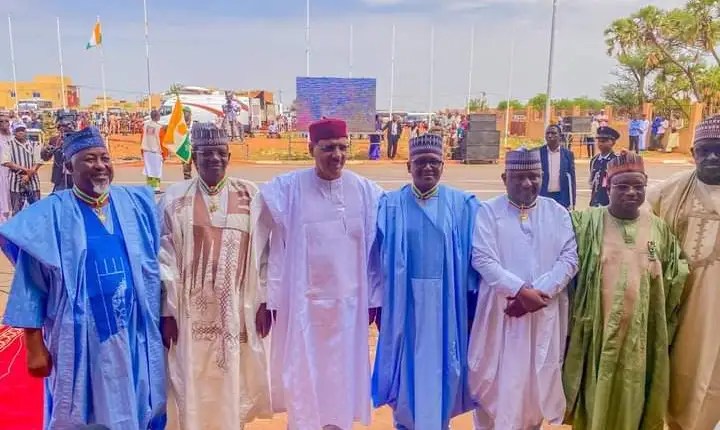 Niger Republic honoured six Nigerians with national honours on Wednesday as part of activities to mark the country’s Independence Day on Aug. 3.

Those honoured from the Presidency were Sarki Abba, Senior Special Assistant (Household and Domestic Affairs) to President Muhammadu Buhari, and the State Chief of Protocol, Amb. Lawal Kazaure.

The two governors honoured are Alhaji Badaru Abubakar of Jigawa and Mohammed Bello Matawalle of Zamfara.

They were awarded the “Order of Merit of Niger’’ and “Great Master of National Awards’’.

Presenting the awards, President Mohammed Bazoum said his country cherished Nigeria as one of its closest neighbours and friends. In various citations he read, Bazoum praised the efforts of “Brother Nigerians’’ who had made great strides in increasing understanding between the two nations and for acting as agents of social and economic development.

Chairman of the Progressive Governors Forum and Governor of Kebbi State, Abubakar Bagudu, was one of those who graced the occasion.

Malam Garba Shehu, spokesman for President Muhammadu Buhari stated in Abuja on Wednesday that the awards were in recognition of the recipients’ roles in the promotion of better relations between the two countries.

Aug. 3 is day is set aside to mark Niger’s independence from France in 1960.

The Francophone country also marks the day as “Tree Planting Day’’ as its nationals have been planting trees on the anniversary since 1975 to fight desertification. (NAN)