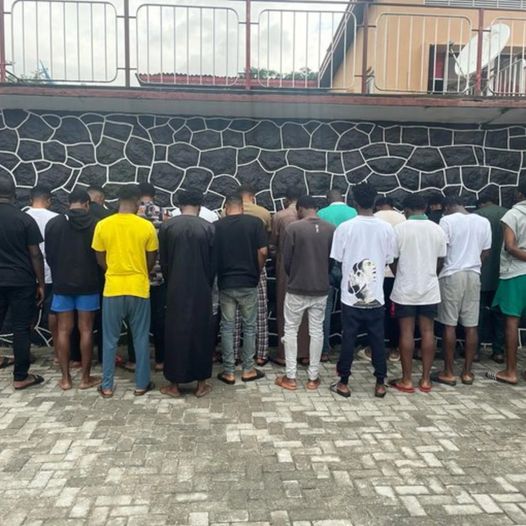 Operatives of the Lagos Zonal Command of the Economic and Financial Crimes Commission, EFCC, have arrested 17 suspected internet fraudsters in Lagos state.

The suspects were arrested in a sting operation at Kay-Farm Estate, Ishaga axis of Lagos State following credible intelligence on the activities of members of an Organised Cybercrime Syndicate Network who are into internet fraud.

A statement issued on the anti-graft agency’s official Twitter page said various items such as cars, mobile devices, and laptops were recovered upon their arrest.

It added that the suspects will be charged to court upon the conclusion of investigation.