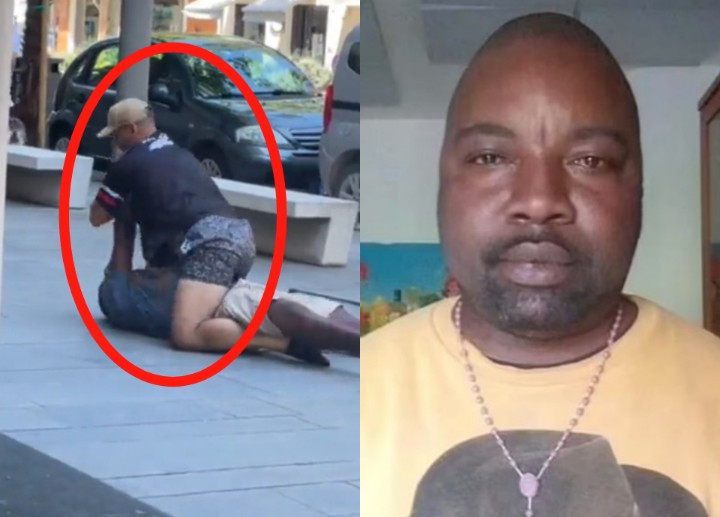 The Federal Government of Nigeria has provided the latest update on how Ogorchukwu Alika, a physically-challenged Nigerian street vendor, was murdered by a man in Italy.

The Chairman of Nigerians in Diaspora Commission (NiDCOM), Mrs Abike Dabiri-Erewa, in a video post via her Twitter handle on Wednesday morning, said the late Alika was allegedly beaten to death by an Italian man, using the clutches of the physically-challenged Nigerian.

Dabiri-Erewa also commended the Nigerian community in Italy and the Italians, who have rallied around to support and raise funds for the late Alika’s family since his death.

It was  recalls that the Nigerian Embassy, Rome, Italy, on July 30 confirmed that Alika was gruesomely murdered, promising to ensure justice was served.

“The case of Alika Ogochukwu that was gruesomely murdered in Italy is a very pathetic one,” Abike Dabiri-Erewa.

“Alika was a physically challenged person that was beaten up just like that and the guy who beat him up to death used the crutches he was using to walk.

“The culprit has been arrested by the Italian police. As I speak with you, the Nigerian embassy and the Italian authorities are holding a series of meetings and Alika has a lawyer who will be working with the Nigerian mission and ensure justice is served in this case.

“So far, the Nigerian mission has the full cooperation of the Italian authorities and they are also seeking that his wife should be compensated with a job so that she can continue to fend for the family and according to the Nigerian mission, they are working very well with the Italian authorities and we are optimistic that justice will be served and the wife will be adequately compensated at least with a job to keep her going.

“We want to also commend the Nigerians community in Italy and Italians who came out in large numbers to raise funds to support the wife and her family, so we really commend them for that and we will be on the case to ensure that Alika doesn’t die in vain.”

Dabiri-Erewa also gave an update on the gruesome murder of two young Nigerians, Tosin Amos Arowoshegbe and Chibueze Momoh, who were shot dead at a Canadian nightclub while working as guards.

The NiDCOM boss said the Canadian authorities have identified a suspect and were working on getting to the cause of the unfortunate incident.