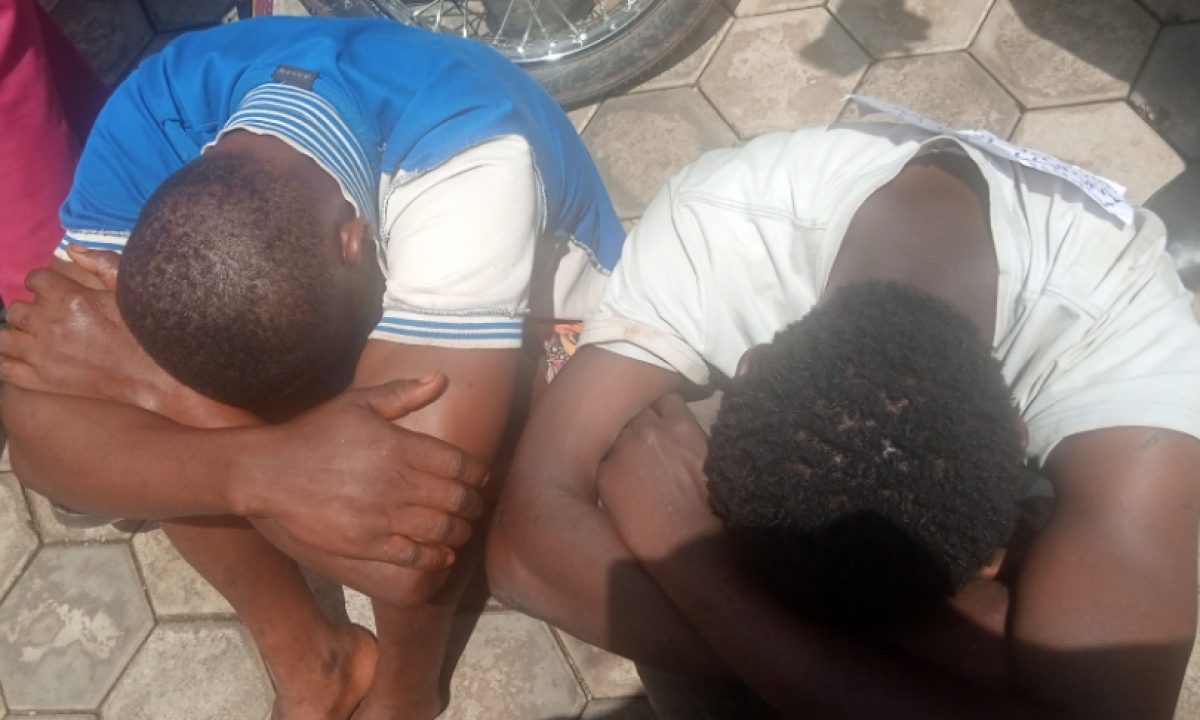 Two men have been apprehended in Ondo State by men of the Ondo State Security Network Agency, known as the Amotekun Corps, for murdering commercial motorcycle riders before stealing their motorcycles.

Temitope Akinwale, 22, and Habeeb Jimoh, 21, were suspected of being involved in crimes in the Oba-Akoko axis of the Akoko Southwest Local Government Area of the state when they were apprehended by the corps after several weeks of tracking.

The Commander of Amotekun, Akogun Adetunji Adeleye, parading the suspects at the Corps’ headquarters in Alagbaka, Akure, the state capital, claimed that it took the corps extra effort before the culprits were nabbed.

Adeleye revealed that one of the suspects was apprehended in Ogun State, following collaboration with the Amotekun Corps in the state.

“We have a case of one of them that specialises in killing okada riders, taking over their okada (motorcycles), dismantling and sending it out of the state.

“We tracked him to Ore. From Ore, we arrested three of his accomplices and the ring leader escaped to Ogun State.

“We contacted the Amotekun in Ogun State who assisted us in apprehending him. We have him back here now,” he said.

Akinwale admitted to the crime and described how he used to entice his victims to isolated areas so he and Jimoh could pounce on them.

“I picked an okada man from Oba-Akoko junction to Araromi. I had already told my friend to wait at the junction so that we would snatch his motorcycle from him.

“My friend had assured me that he has a ring that he will use to hit the okada rider which will make him lose consciousness. But the ring did not work,” he said.

“With the failure of the ring to work on the okada man, we attacked and overpowered him.”