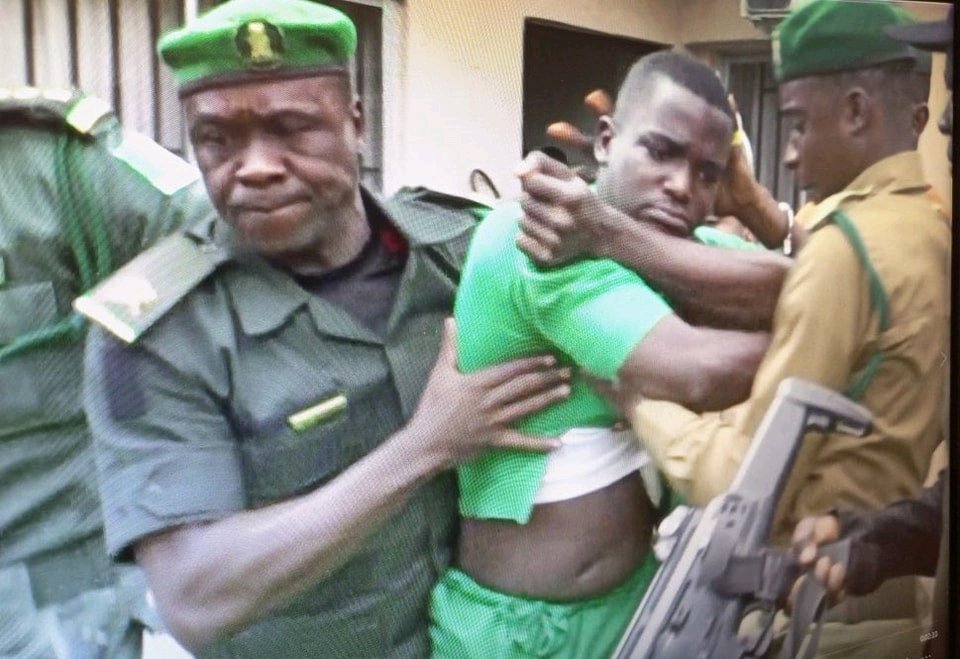 A video showing the moment Uduak-Abasi Akpan attempted to escape shortly after his death sentence was announced by the trial judge, Justice Bassey Nkanang, is currently making the rounds on social media.

Akpan was convicted for raping and killing Iniubong Umoren, a graduate of Philosophy from the University of Uyo who was job hunting while awaiting mobilisation for the compulsory National Youth Service Corps (NYSC) scheme when she was killed by Akpan.

While delivering judgment on Thursday, the court held that:

“The use of dangerous weapons such as a stabilizer and a box iron to attack delicate parts of the human body like the head is a clear pointer that death was probable the consequences of the action.”

However, a video captures the movement when Uduak Akpan attempted fleeing the court room shortly after he was sentenced to death by hanging.